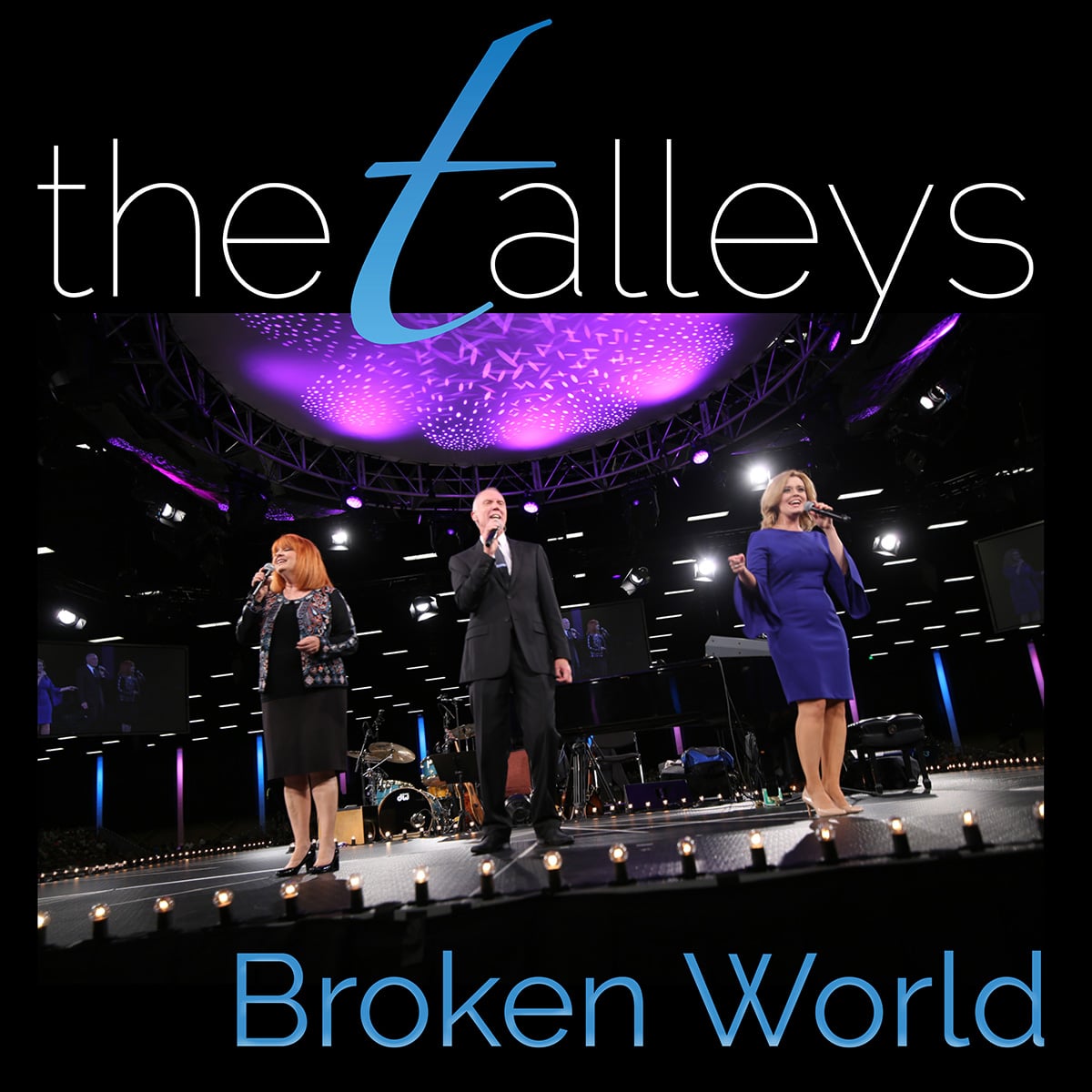 Arden, North Carolina (November 13, 2020) — After more than 35 years of recording Gospel hits and taking their ministry to audiences world-wide through acclaimed live performances, The Talleys announced they would be bringing their performing career to a close at the end of 2020, with Debra and Roger retiring and Lauren Talley continuing her career as a solo artist. But now, fans of the beloved gospel group can continue to revisit the inspirational experience of a Talleys live performance as they release live versions of their biggest and best-loved hit songs each month, exclusively on streaming platforms.

The first is “Broken World,” a song The Talleys first released on their 2012 album, Love Won, and one that remains poignant — especially in the current moment — in its description of tough challenges and hard times. With verses that paint vivid portraits of struggling people and a chorus that describes how Christ will one day end their earthly pain, “Broken World” brings hope every time it’s needed.

“This broken world is cradled by a Savior / And nothing here can take Him by surprise / Someday all this hurting will be over … [F]or now, we’re living in a broken world / But not for long, no, not for long.”

A video release of each performance will follow that of the song, giving fans another way to experience The Talleys’ live shows from home. With this collection, The Talleys will continue to bring music to the world, carrying on their legacy of releasing inspiring and touching music that carries God’s message.