The Talleys release live recording of “His Life For Mine” 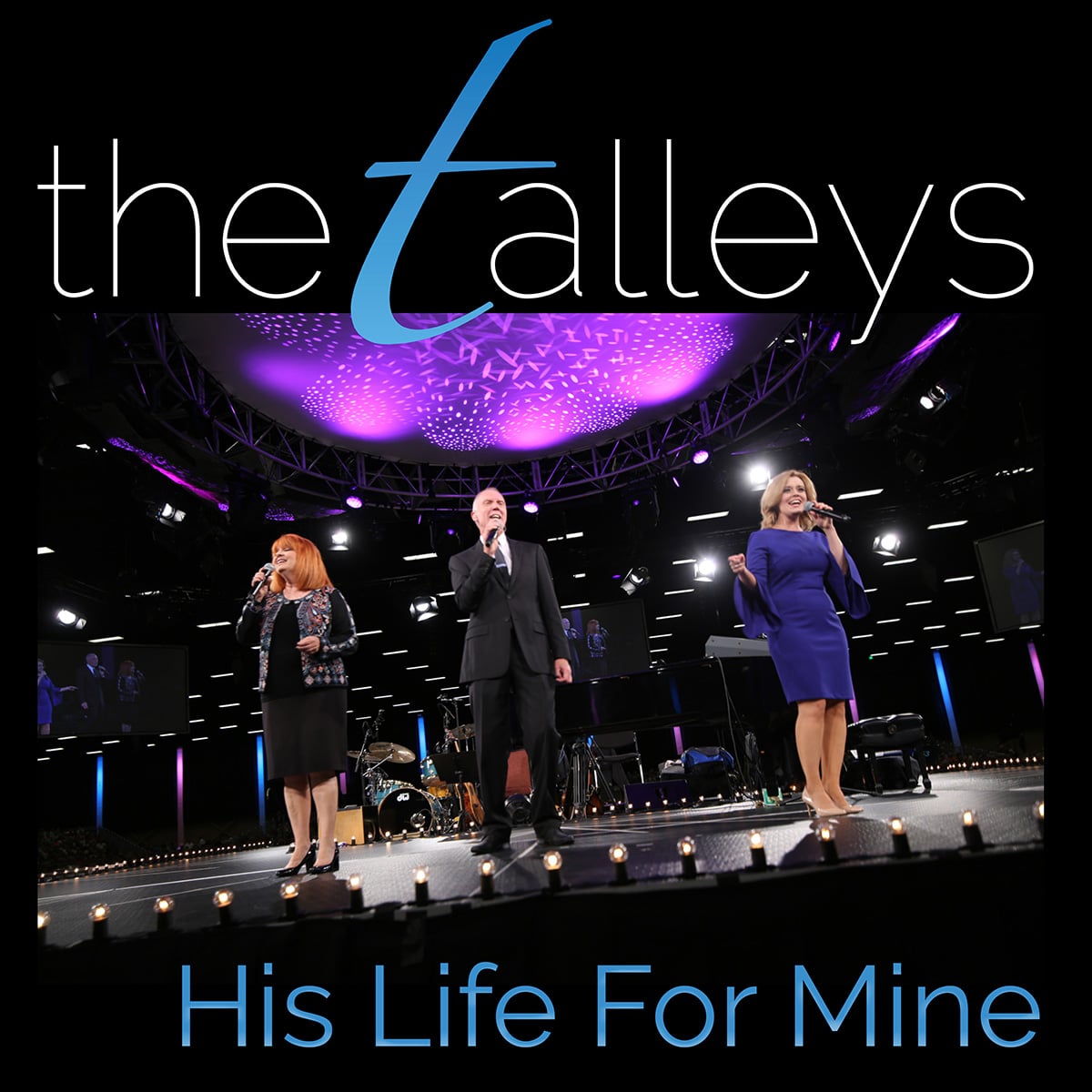 Arden, North Carolina (March 12, 2021) —  Just in time for Easter, The Talleys celebrate the season with the release of “His Life For Mine,” the latest in their series of LIVE performance recordings revisiting some of their all-time greatest songs.

One of ten songs nominated Singing News Fan Awards for Song of the Year in 2004 and a nominee for a prestigious Dove Award the same year, the song features a lead vocal from Lauren Talley that perfectly captures the mingled joy and wonder of acclaimed Christian music writer Rebecca Peck’s lyric. Centered on a flow of contrasts that vividly depict the essence of Christ’s mission of redemption — “His heart was broken, mine was mended, He became sin, now I am clean” — its message of resurrection and eternal salvation is fully revealed with each chorus:

“It still paints such an incredible picture of what Christ did for all of us,” says Lauren Talley.  “We are absolutely nothing without Him, without the sacrifice He made on Calvary for all of us. We traded all of our sin and shame for the righteousness of Christ. Where would we be without His life for ours?”

Inspired to release it after seeing a preview for the movie, Passion of the Christ, the Talleys’ first performance resonated so strongly with their audience that it led to the song’s swift success at radio and among fans and industry colleagues alike. Indeed, since then, “His Life For Mine” has become one of the Talleys’ most requested, while its ever-growing popularity has made it emblematic of the trio’s signature talent and devotion. Now, all of that experience in bringing this musical message to one audience after another can be heard in this stirring live performance, offering listeners a passionate performance unlike any previous recording.

Listen to “His Life For Mine” (Live) HERE.