The Talleys release heartfelt rendition of “I Don’t Belong” 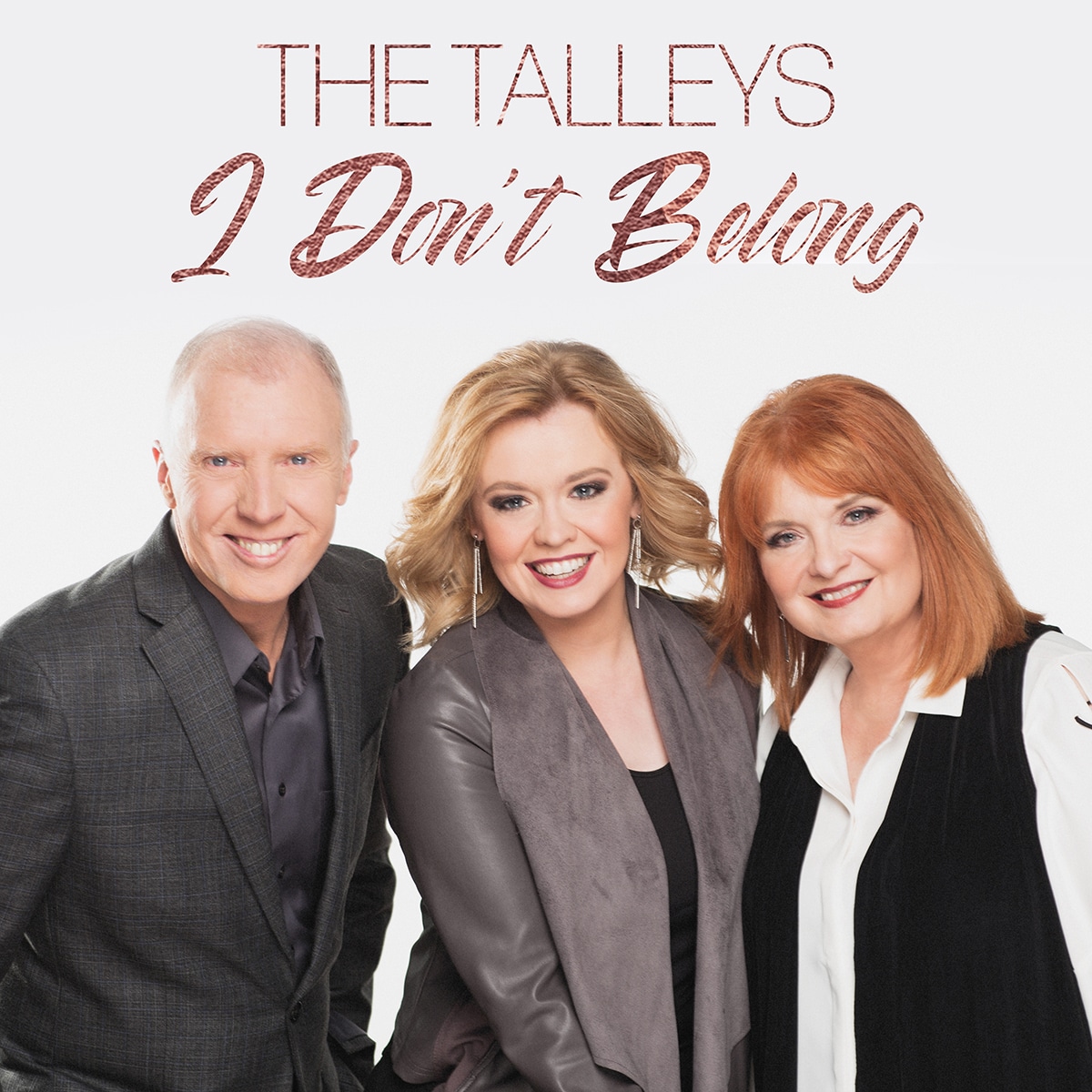 Arden, North Carolina (May 20, 2022) — Though The Talleys’ performing career came to an end with their album, The Music Goes On, the cherished gospel group have kept on sharing their music with fans, releasing live versions of their popular songs to streaming platforms throughout 2021 and concluding the year by issuing a previously-unreleased version of the well-known hymn, “Give Me Jesus.” Now, the group delivers one more as-yet-unheard recording from their vaults — one that, like its predecessor, features Debra Talley, this time in an intimate, heartfelt reading of Gloria Gaither and Buddy Greene’s meditation on the distance between a troubled temporal world and the immortal heavenly home that awaits believers in Christ.

“I Don’t Belong”’s gently austere arrangement surrounds Talley’s voice with delicate touches of piano, guitar, bass, and occasional harmonies from Roger and Lauren Talley.  Foregoing bold dynamics in favor of a contemplative mood that befits a somber yet redemptive lyric, “I Don’t Belong” offers a message of faith and hope that resonates powerfully with today’s audiences:

I’ll not be deceived, by earth’s make-believe
I’ll close my ears to her siren song
By praising His name, I’m not ashamed
‘Cause I don’t belong

“This song is deeply personal to me,” Debra Talley says.  “Living in this broken world is difficult for everyone. Seeing or experiencing the cruelty, insanity, and injustices can be maddening, but the antidote for this world’s ills is realizing this is not our home. We can rest in the fact that this world is temporary and we are just sojourners traveling to a land of peace, harmony, and love and we don’t belong here.”

Listen to “I Don’t Belong” HERE.