The Talleys release final album, The Music Goes On

The Talleys | The Music Goes On 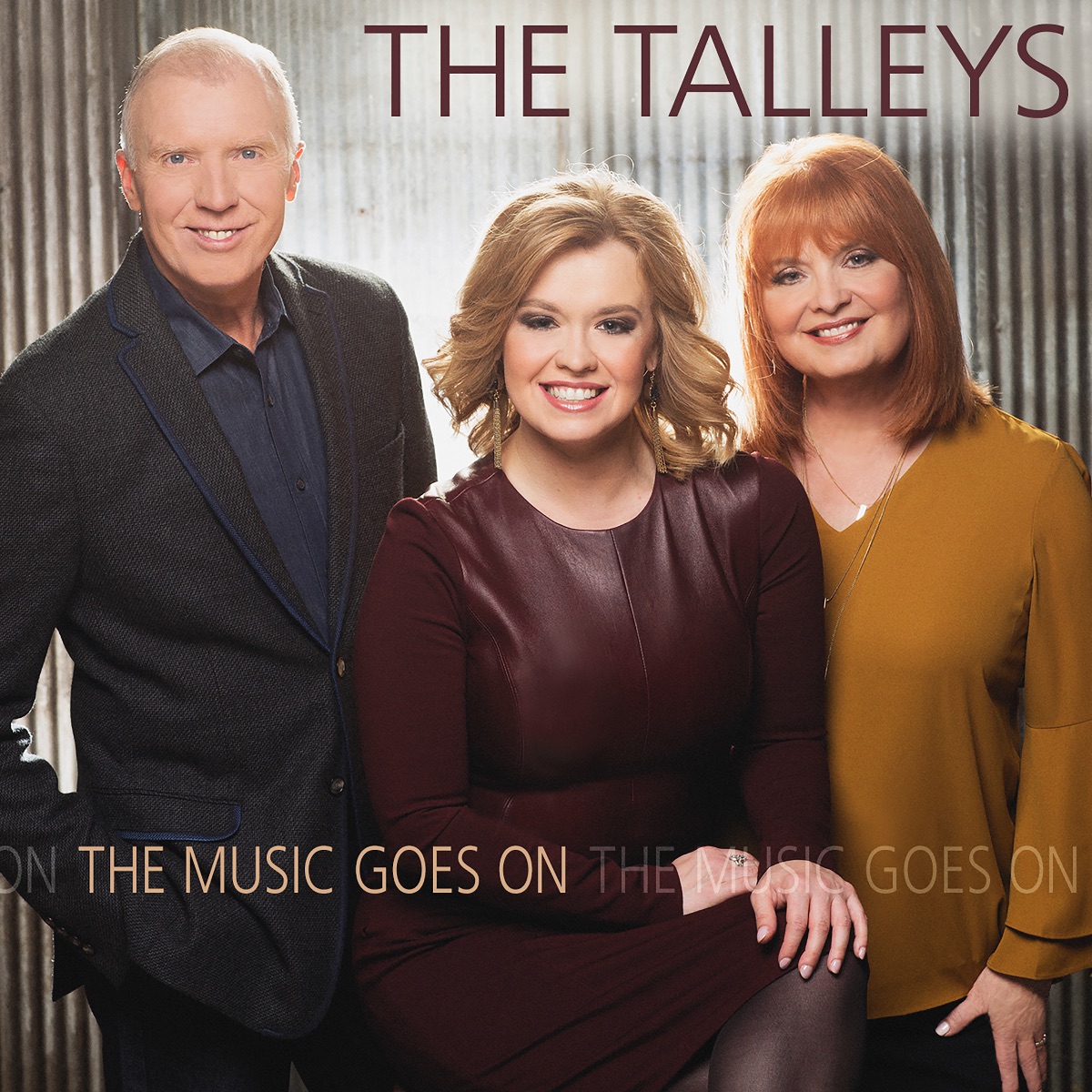 Arden, North Carolina (April 24, 2020) — With a career that goes back more than 35 years, The Talleys have become one of the most recognized acts in Southern Gospel. Now, they are bringing their performing career to a close with one last collection aptly titled, The Music Goes On. The album is now available to stream on all platforms.

The Talleys’ career goes back to when Debra, Roger, and Kirk Talley brought a fresh new sound, blazing trails that crossed over Christian music genres and became a foundation for many artists to follow. Roger and Debra left the road to raise their daughter Lauren, but later returned with her as part of the trio, quickly rising back to the top of the charts. Now, that chapter comes to a close as Debra and Roger retire and Lauren continues as a solo artist.“It is our hope and sincere prayer that our music has touched your life in some way. As you listen to the last collection from The Talleys, we hope that the lyrics will touch your hearts as they have ours,” say The Talleys.

The album begins with “The Healer In The Grave,” an upbeat song featuring Lauren, written by her, Lee Black and Kenna West that tells the story of three who received miracles from Jesus before His crucifixion. They wonder if His death will return them to their former lives. But then Jesus conquers death and rises from the grave, breaking all the chains that bind.

Lauren sings lead again on “Looks Like Jesus To Me,” a moving song about living in the image of Christ and treating broken people as He would. The song was written about a Nashville ministry for the homeless called The Bridge, which was affected by the recent tornadoes there. As the ministry continues to help the homeless and hungry of Nashville that have been devastated and displaced by the storm, The Talleys ask for those interested in helping to make a donation.

Debra is featured on “He Has,” a reminder that God has always been grateful, graceful and true. The song describes all the wonders Christ has done and what he continues to do in our lives. Other songs include “Triumphantly The Church Will Rise,” a re-recording of one of The Talleys’ biggest hits, and “Jesus Loves You,”written by Lee Black and Tony Wood.

The Talleys bring their final album to an end with a special message in “My Heart Is There With You.” Debra takes lead, wishing the blessings of peace, love and happiness to all who have enjoyed The Talleys’ music over the years. She sings, “It’s just a line to let you know I think of you and miss you so / And even though I’m far away my heart is there / You’re in my prayers and my heart is there with you”

“Our love and thanks go to all the wonderful writers that have allowed us to be the voice of their songs over the years. And to the musicians who have seen our vision for all our songs and bringing them to life, we couldn’t have done this without you,” say The Talleys. “To you, our friends, we thank you for supporting us, loving us, and for buying and listening to our music. While we won’t be ‘on the road’ in the future as a group, you are in our hearts and we are grateful that The Music Goes On.”

Listen to The Music Goes On HERE.