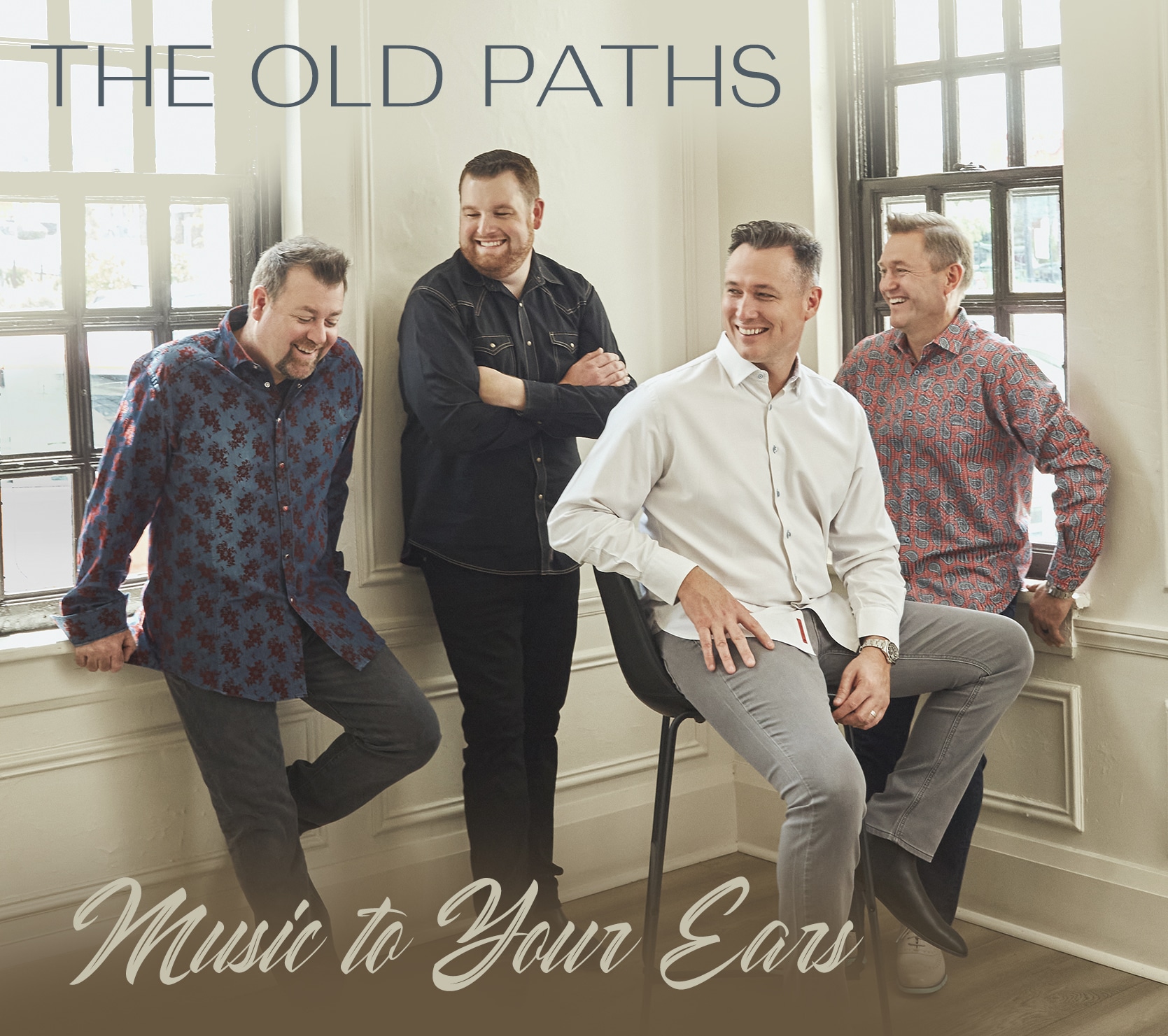 Arden, North Carolina (March 18, 2022) — In challenging times, there’s much to be said for clinging to tradition — yet there is also a need to move forward, finding new ways to express the Gospel’s unchanging message of deliverance. For many artists, one or the other becomes paramount. To The Old Paths, though, there’s no need to choose; masters of traditional Southern Gospel sounds, they have proven themselves equally sure-footed in delivering the flair of contemporary sounds from other realms of Christian music.

The group’s distinctive musical gifts are front and center on their new full-length release, Music To Your Ears, out now from Sonlite Records.

With two already-released singles — the country-flavored radio hit, “How Good The Good News Feels” and contemporary fan favorite, “Every Story Whispers His Name” — that have outlined contrasting corners of the quartet’s stylistic range, it’s a collection that rounds out the portrait of a musical ministry that can speak to everyone. And with a new single  — an inspired reworking of David Crowder’s “Good God Almighty” that features tenor Steve Ladd — it’s also a convincing demonstration that, no matter where a song originates, The Old Paths will always put their unique stamp on it.

Indeed, with the help of acclaimed producer Roger Talley, Music To Your Earsinvites the listener to approach every one of its selections with fresh ears. There are classic old numbers like “This Little Light Of Mine,” fresh takes on “Over The Next Hill We’ll Be Home” (Johnny Cash), “Is He Worthy” (Chris Tomlin) and “That’s Why I Pray” (Big & Rich), and a sparkling array of new songs from well-known Southern Gospel writers like Kenna Turner West and Joseph Habedank. From the charmingly sparse opening of “Let The Rain Wash Your Troubles Away,” which features bass singer Daniel Ashmore, to the string-driven title track, led by founding member Tim Rackley, and the soulful “He Bought Me,” which features fellow founding member and baritone, Douglas Roark — and even to “This Little Light,”which features each member in turn — every song is given a treatment that allows The Old Paths’ detailed artistry to shine, and always in service of their devoted faith.

“We are so excited for fans to hear this new album,” says Steve Ladd. “I believe it’s the best we’ve released since I joined the group. We chose songs that fit each of our personalities, and we feel these songs represent what we want to say as a group in 2022! Roger Talley, the musicians and the engineers absolutely brought this project to life. We are excited about the future, NOT afraid of it! I can’t wait to hear the stories of how God uses these songs to touch people’s lives.”

Listen to Music To Your Ears HERE.