The Old Paths illustrate What Love Does on upcoming album 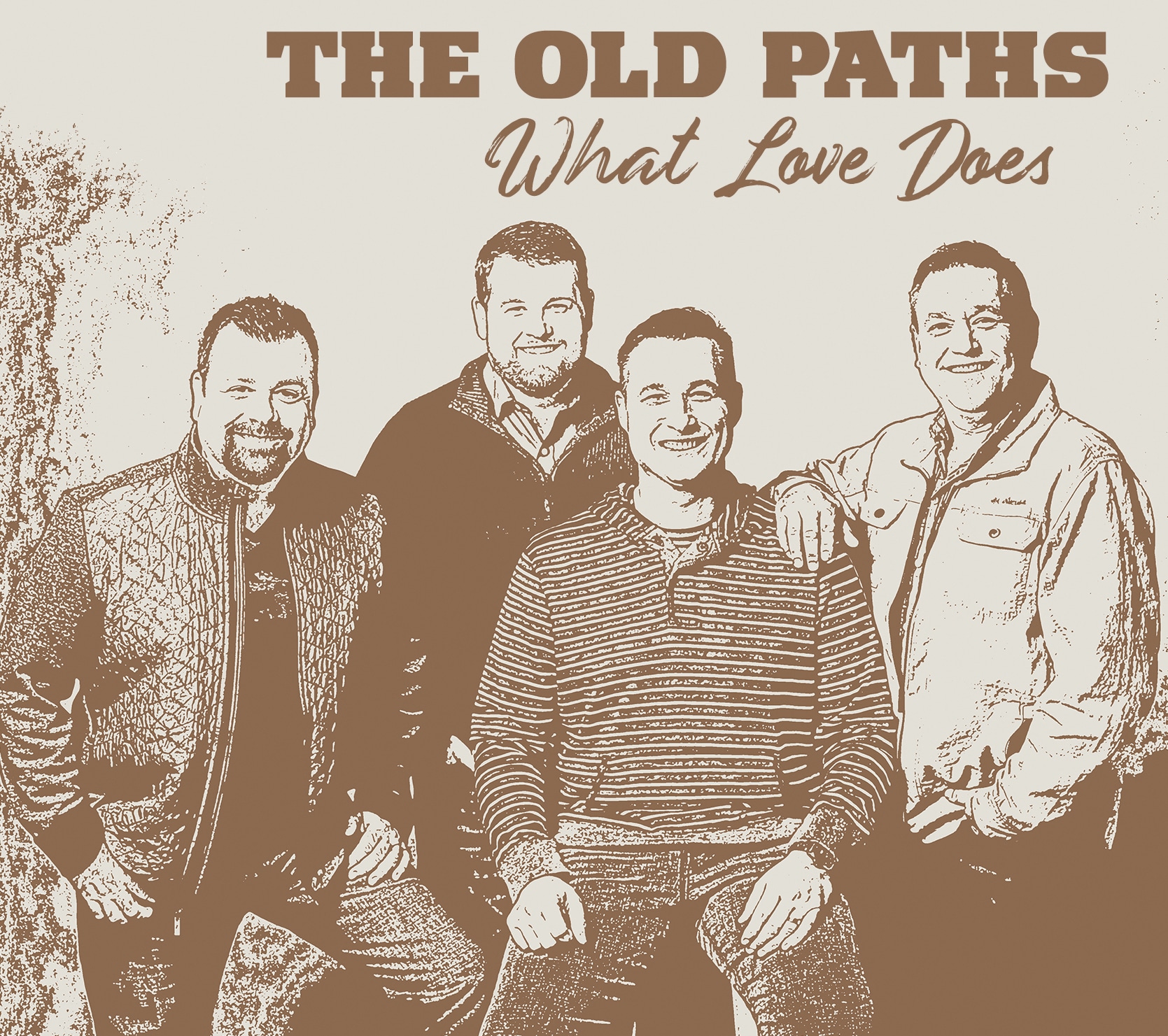 Arden, North Carolina (April 14, 2020) — In the last year, The Old Paths returned to their ministry with a renewed passion and dedication, released two albums and had a #1 song with “Come Sunday Morning.” Now, they’re continuing to spread the word of God with their new album, What Love Does, now available for pre-order ahead of its June 5 release.

Each song captures the many ways God’s boundless love blesses each person, each day. What Love Does begins with “This Is Amazing Grace,” telling of all that God has done so that we may live with love and grace. It’s followed by the first single, “I Got The Grace, He Gets The Glory,” a high-energy and upbeat song describing how God is always a solid foundation to stand on, despite sins and trials.

“When I heard this song, I couldn’t help but think that this is the theme for life as a believer,” says bass singer Daniel Ashmore who is featured on this song. “I can’t take credit for something I didn’t do and something I didn’t earn, therefore I get the grace and He gets the glory! That’s a message we want to share and this song sums it up perfectly.”

“You Can’t Get Away From God,” written by Kenna Turner West, Sue C. Smithand Brian White and featuring Doug Roark, inspired the album’s title. Each verse tells vignettes of how people in tough places don’t think they’ll find relief, yet God is always there for comfort.

The powerful “Pray While You Wait” reminds that God’s timing is always perfect. When life feels impossible, know God will come through and you can always pray while you wait.

“Bread,” another upbeat song, illustrates how God can accomplish the impossible through the story of the loaves and fishes, while the instrumental “How Great Is Our God” allows listeners to feel the music, and pause to appreciate it.

“Look At All I Lost” and the final song “Salvation’s Song” talk about no longer being lost after finding Christ, and being freed from guilt, shame and the weight of life. With powerful and moving vocals, these songs capture the theme of the album’s title — God’s love is capable of amazing things.

“We are so excited about this new album. The title What Love Does is really the theme of the album, reflected in the song selection. We feel this is the best album we’ve done that really showcases our new sound with our current lineup,” says Ashmore. “Through our many failures and different circumstances in life, God exemplifies His love for us in His endless pursuit to save and change us. God is never late, and is always working all things for our good and His glory, because that’s what love does.”

Pre-order What Love Does HERE.

The group morphed into a quartet shortly after. They signed with Crossroads Music’s Sonlite Records in 2012. Their album Right Now was a breakout project for them producing two #1 hits, “Battlestand” and “God’s Great,” within a six-month span. In 2013, the group was named Favorite New Quartet in the Singing News Fan Awards, and songs like “Love Them to Jesus” and “Ordinary People” also quickly became fan favorites.

The quartet made the decision in 2015 to come off the road for a while due to family circumstances. While the decision was not easy, they left the door open for a possible return to gospel music and touring. When God opened that door for them in 2017, they were ready to walk through it. With a renewed passion for ministry, The Old Paths took the stage again at the Memphis Quartet Show in June 2017.