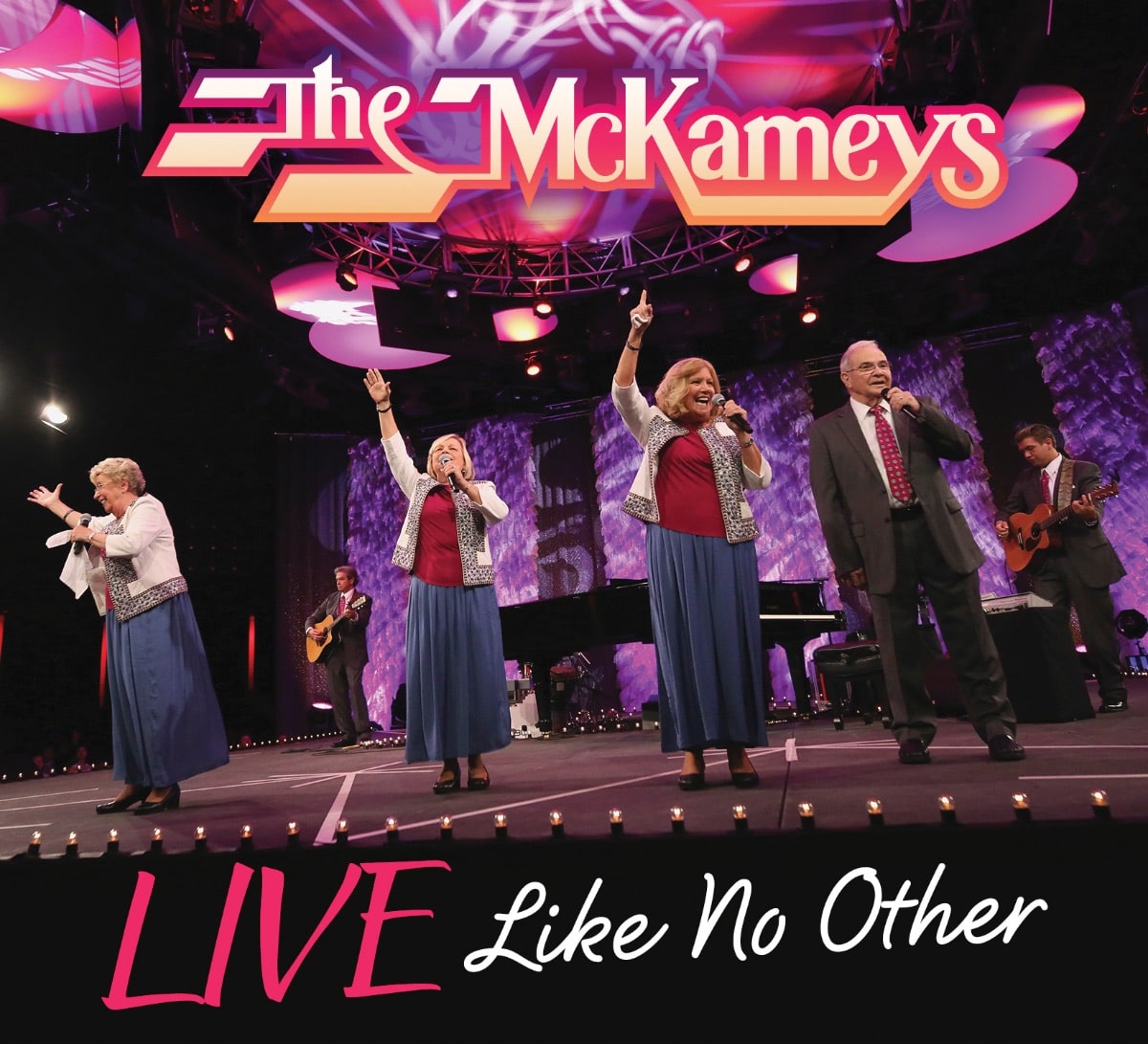 Arden, North Carolina (July 17, 2020) — Last fall, thousands of fans and industry peers filled the LeConte Centre in Pigeon Forge, Tennessee during the National Quartet Convention to celebrate The McKameys’ more than 60 years of singing, after the legacy Southern Gospel Group announced they’d no longer be touring full time. Now, fans of the group can relive that special afternoon with LIVE Like No Other, a CD and DVD featuring live music as well as behind the scenes interviews with The McKameys — a group that’s released 54 albums over the course of their career and has the most #1 hits in Southern Gospel history. LIVE Like No Other is now available.

“We are excited about the release of LIVE Like No Other, which was recorded at The National Quartet Convention in September of 2019 during our Farewell Tour,” say The McKameys. “What a great day, being with so many great friends, praising the Lord in song, and feeling the spirit in a special way! We can’t wait for everyone to experience the excitement and emotions that were present that day.”

Throughout the one-and-a-half-hour concert, The McKameys performed many of their #1 hits, like “God On The Mountain,” “Roll That Burden On Me,” “Unspoken Request” and “Do You Know How It Feels,” and crowd favorites like “Trophy Of Grace,” “There Is Jesus” and “For The Record” in a joyful celebration of a career many don’t get to enjoy.

The album release also marks the first time The McKameys’ rendition of “God On The Mountain” — which was #1 on the Singing News charts for five months in 1988-89 and became their most requested song of all time — will be released on streaming services.

The DVD includes videos of The McKameys sharing personal stories from their careers and a special moment when Horizon Records and the National Quartet Convention honored the group for its dedication to spreading God’s word over the years.

With both parts of LIVE Like No Other, fans of The McKameys will always be able to enjoy the group’s heartfelt performance and message, though they’re no longer touring.

The wonderful harmonies of this family along with great songs give them a unique opportunity to share God’s love as well as encourage the saints. Whether they are performing one of their classics like “Right On Time,” “I’ve Won,” “Unspoken Request,” “There Is Jesus,”  their signature song, “God On The Mountain” or a new release, there is an undeniable energy that carries them through each performance.

The McKameys have been awarded several different Singing News Fan Awards through the years and Ruben and Peg are also recipients of The Marvin Norcross Award and Norcross/Templeton Award, respectively. In 2016, Peg McKamey Bean was inducted into The Southern Gospel Music Hall Of Fame. Ruben Bean will be inducted into the hall of fame as part of the 2019 class this fall. This family group remains devoted to their Lord, first of all, and to their call to spread God’s Word to others through their music.