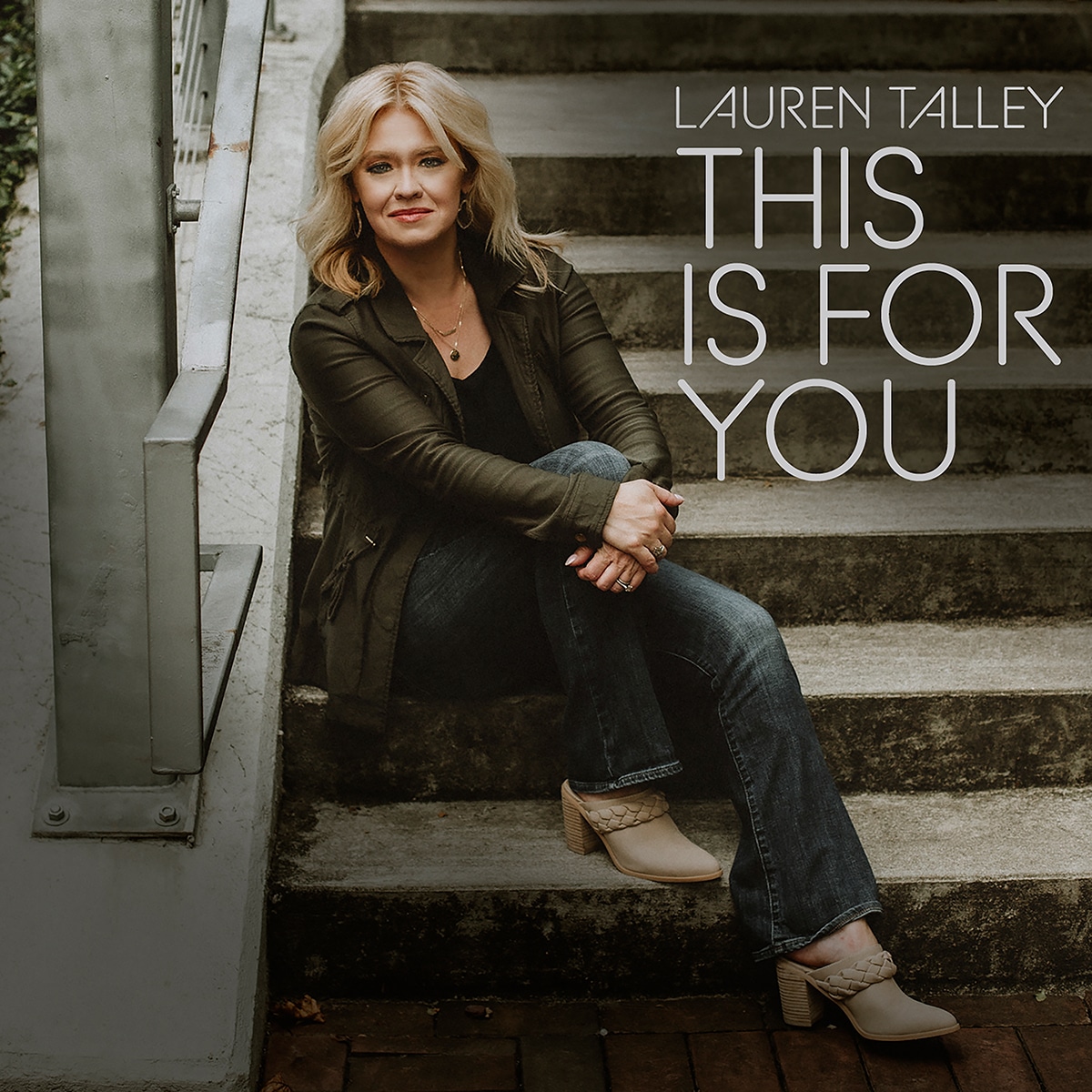 Arden, North Carolina (November 11, 2022) — Rarely has an album been so well named as This Is For You, Lauren Talley’s first collection in three years, and the first since The Talleys, the family trio in which she’d sung for more than 20 years, elected to retire from touring in 2020. From the opening line of the title track (and next radio single) to the last notes of the restrained, yet deeply emotional “Lord’s Prayer,” This Is For You is a finely crafted yet revelatory exploration of the wellsprings of faith through music. The album is out now on Horizon Records.

“I’ve been making records for a long, long time,” says the artist. “But I think This Is For You may be the pinnacle of my recording career thus far. It’s the first album I have recorded as a full-time solo artist since the retirement of The Talleys, and working alongside producer Gordon Mote injected the whole process with fresh creativity. I love the songs, I love the sounds, and well, I’ve lived the lyrics.”

“Several of the songs are from my pen and my life,” Talley continues. “‘This Is For You,’ ‘Say Yes I Am,’ ‘In The Room,’ and ‘That’s What I Love About Him’ contain bits and pieces of my story, and I sing them because I want you to know it, to know me, but most importantly, to know Him.”

That intent animates each of the Gordon Mote and Lauren Talley-produced collection’s 10 songs, which reach beyond Talley’s heartfelt originals to include a carefully chosen set that includes nods to African-American Gospel in a joyous, spirited reading of “How I Got Over” and to worship music in a ringing take of Charity Gayle’s “Thank You Jesus For The Blood.” With every song, Talley and her gifted team have created fresh, contemporary, yet varied arrangements that center her compelling voice, delivering a message of redemption that shines through each moment, whether in hushed or powerful passages, as the title track’s very first words make clear:

“This album was crafted for you,” Lauren Talley concludes, “But our stories are all made possible by the One who gave Himself….For You.”

Listen to This Is For You HERE.

She has recorded seven solo albums, including 2019’s unprecedented release of two albums simultaneously, Glorious God: Songs of Worship and Wonder, and Loudest Praise: Hymns Of Mercy, Love and Grace. Her 2017 album, The Gospel, reached the number one position on Billboard’s Top Christian Inspirational chart. She is also the author of Songs In The Night, a companion devotional book to her 2010 album of the same title. Lauren performs solo concerts and is a featured singer and speaker for many women’s conferences and special events across the country. She is frequently recognized for her appearances on numerous Gaither Homecoming videos and concerts, RFD-TV’s The Music City Show and In Touch with Dr. Charles Stanley. In 2014, she was awarded an honorary doctorate degree in Worship Arts from John Wesley University.

When not traveling or recording her own music, Lauren often serves as a studio background singer and producer for other recordings and works with emerging artists as a voice and performance coach. Lauren is a busy lady but always finds time to cheer on her beloved Tennessee Volunteers, drink sweet tea and spend time laughing with family and friends.

“My job as a communicator is to give people the truth of the Gospel,” Lauren says. “I want people to know that Jesus is everything — He’s the Answer the world is searching for, He’s the solution to all problems and He’s the only One in whom we have real hope. He called me to give people His message when I was 12 years old, and fulfilling that call is all I’ve ever really wanted.”