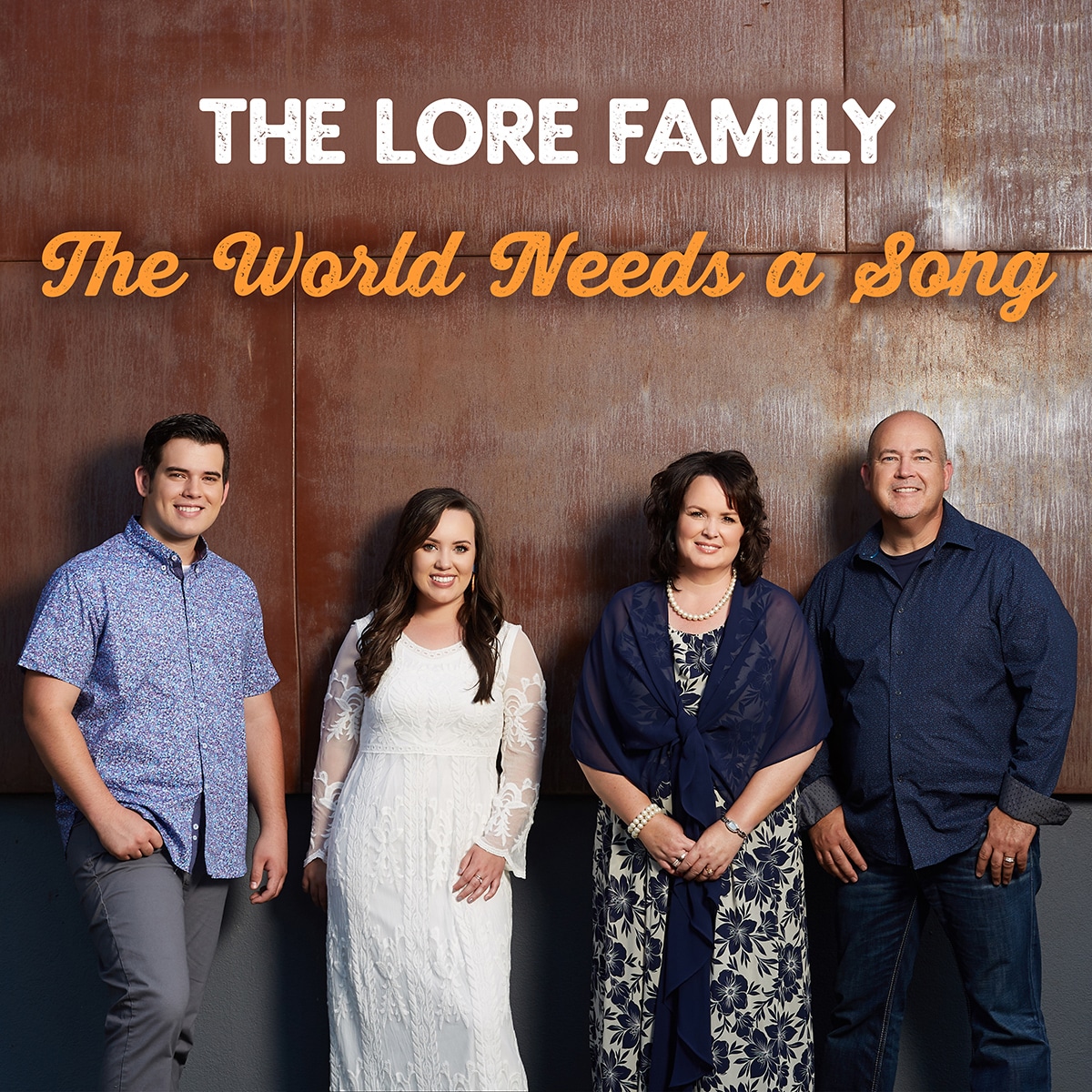 Arden, North Carolina (September 17, 2021) — Sometimes, all you need to create a great song is the ability to recognize inspiration when it comes. That was the case with “The World Needs A Song,” the latest Horizon Records song from The Lore Family.

As co-writer and lead singer Darren Lore relates: “In the early months of 2020, Bev Herema, Dixie Phillips and I met on a Zoom conference to co-write. This was our first attempt at writing as a team, and after talking a while about our families and the effects that the pandemic was having on us, we decided to get busy on finding a theme for a new song. I asked the ladies if I could offer up a word of prayer for our writing session, and as I was praying, I asked the Heavenly Father to use our talents to write something that would bring hope to the suffering. I prayed, ‘Father, the world needs a song right now more than ever. Help us to write a song to encourage and uplift those who are  overwhelmed and discouraged.’

“When I finished praying, all three of us zeroed in on one phrase I prayed. It was as if the Spirit had dropped the hook in our ears!”

The result is a joyous celebration of the power of music when it’s placed in service to the Lord.  As the rousing chorus puts it:

Led by piano, fiddle and banjo, the arrangement shifts neatly from half time verses to a driving chorus, as if the exuberance of the song’s essential message can’t be restrained. Produced by Roger Talley, “The World Needs A Song” both identifies a need — and fulfills it — in a way that manifests the very essence of Southern Gospel.

“The world does need a song,” Darren Lore concludes. “Let’s invite the broken, the burdened and the bruised to join our happy band. It’s time to get our hands clapping and our feet moving to a higher call. There’s room in our choir for the world to join in! ‘So come on, come on and sing along!’”

Listen to “The World Needs A Song” HERE.