The Kingsmen’s More To The Story out now 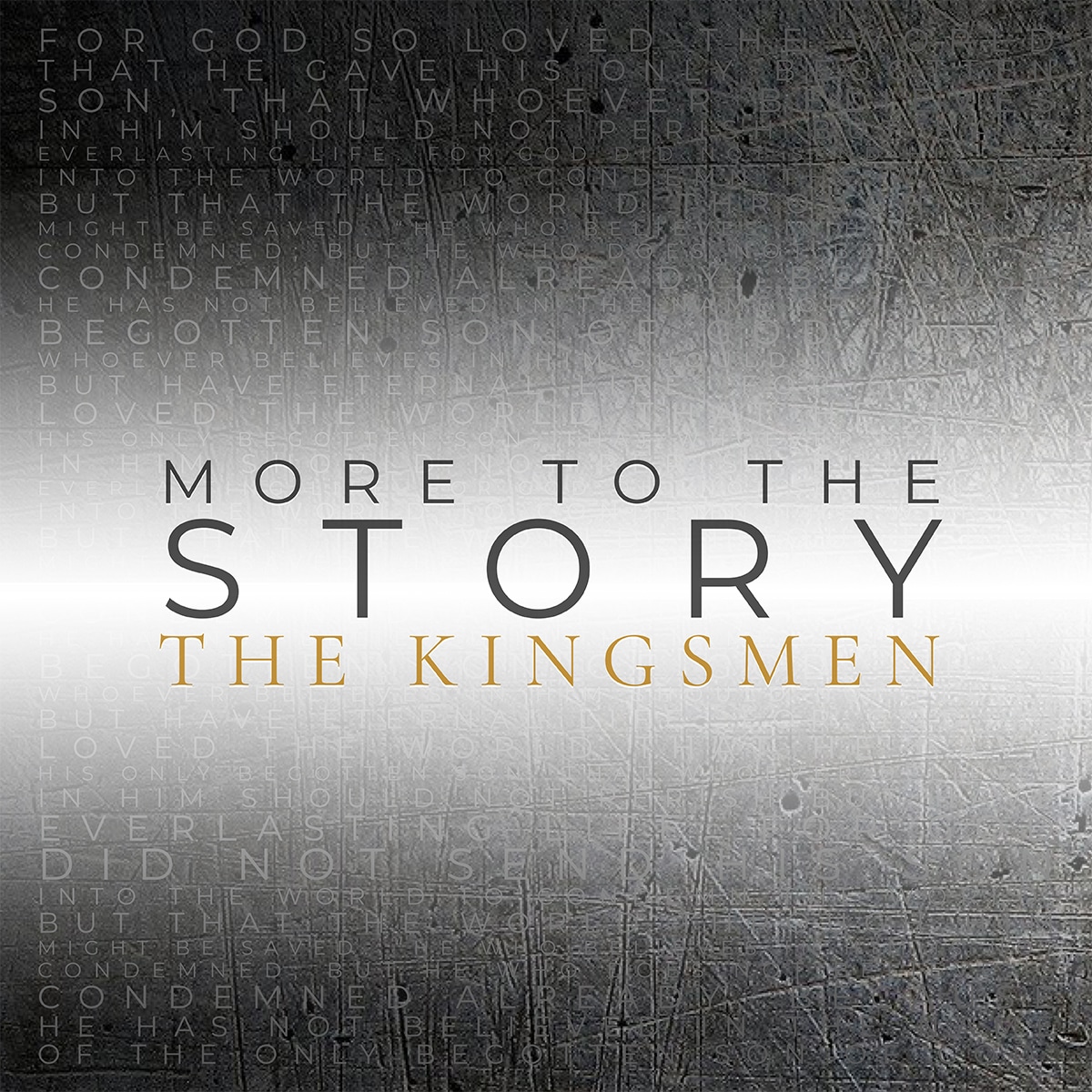 Arden, North Carolina (September 10, 2021) —  The Kingsmen Quartet is adding to their legacy as one of the longest running, most accomplished and innovative Southern Gospel artists in history with the release of their new album, More To The Story, out now from Horizon Records.

Produced by the award-winning and GRAMMY-nominated Jeff Collins at Crossroads Studios, the set features several already-released singles surrounded by a fresh group of songs given both traditional and contemporary Southern Gospel arrangements.

Written by the powerhouse trio of Kenna Turner West, Sue C. Smith and Jason Cox, the album’s title track, “More To The Story,” begins with an easygoing, Beatles-esque vamp before sliding into a relaxed yet insistent country-soul feel. The setting offers plenty of room for introducing the story of Jonah — or, as the lyric has it, a “whale of a tale” — that illustrates the need, even in moments of peril, to look beyond the immediate and trust in God.  As the chorus tells it:

And, indeed, there is more to the story in this collection. In “The Wind and Waves Still Know,” the quartet, led here by Chris Bryant, presents a gripping display of the familiar spirit and dynamism for which the group is known. Yet even as it offers echoes of the quartet’s classic performances in days gone by, the song’s modern construction and crisp arrangement showcase the Kingsmen’s mastery of a more intricate, contemporary style. With Alan Kendall taking the lead, “These Are The Days” has a message for the moment that encourages faith and strength amidst the most trying of times. “If there was ever a message that was timely for the Church in 2021,” the singer says, “it is ‘These Are the Days.’ Dixie Phillips and Matthew Lawson wrote this song, and I immediately fell in love with it. What a message of resilience and hope! It’s in that driving, country quartet style that I always loved hearing from the Kingsmen growing up. I am both excited and humbled to be a part of it.”  “I See A Lamb,” first released for the Easter season, captures the occasion’s joy and victory. The song tells the story of Christ throughout its three verses — each led by a different singer, with the full quartet (Bryant, Kendall, Chris Jenkins and Ray Dean Reese) joining in on the choruses — inspiring listeners to lift up their voices and praise all that God has done for us.

“More To The Story has been a long anticipated project for us,” reveals Jenkins. “This recording has been unlike any other we’ve worked on, from the recording process to the production to arranging songs remotely amid a global pandemic. We thank God for His provision and hand of guidance through the past year. We truly believe this album encompasses the message for the times in which we live. The Kingsmen are celebrating 65 years in Christian music and after a trying hiatus from touring, we are eager to tell our listeners that there’s ‘more to the story’ of The Kingsmen. We’re not finished. We are encouraged and motivated, now more than ever, to let our faith shine brighter and make Christ’s name known!”

Classic, powerful, and filled with the gospel spirit that has carried the Kingsmen Quartet far beyond their western North Carolina origins over more than 60 years of performance, More To The Story offers a spirit-lifting, crowd pleasing jewel in the ever-growing catalog of the legendary group.

Listen to More To The Story HERE.