The Inspirations usher in new era on upcoming album, A Pioneer Legacy 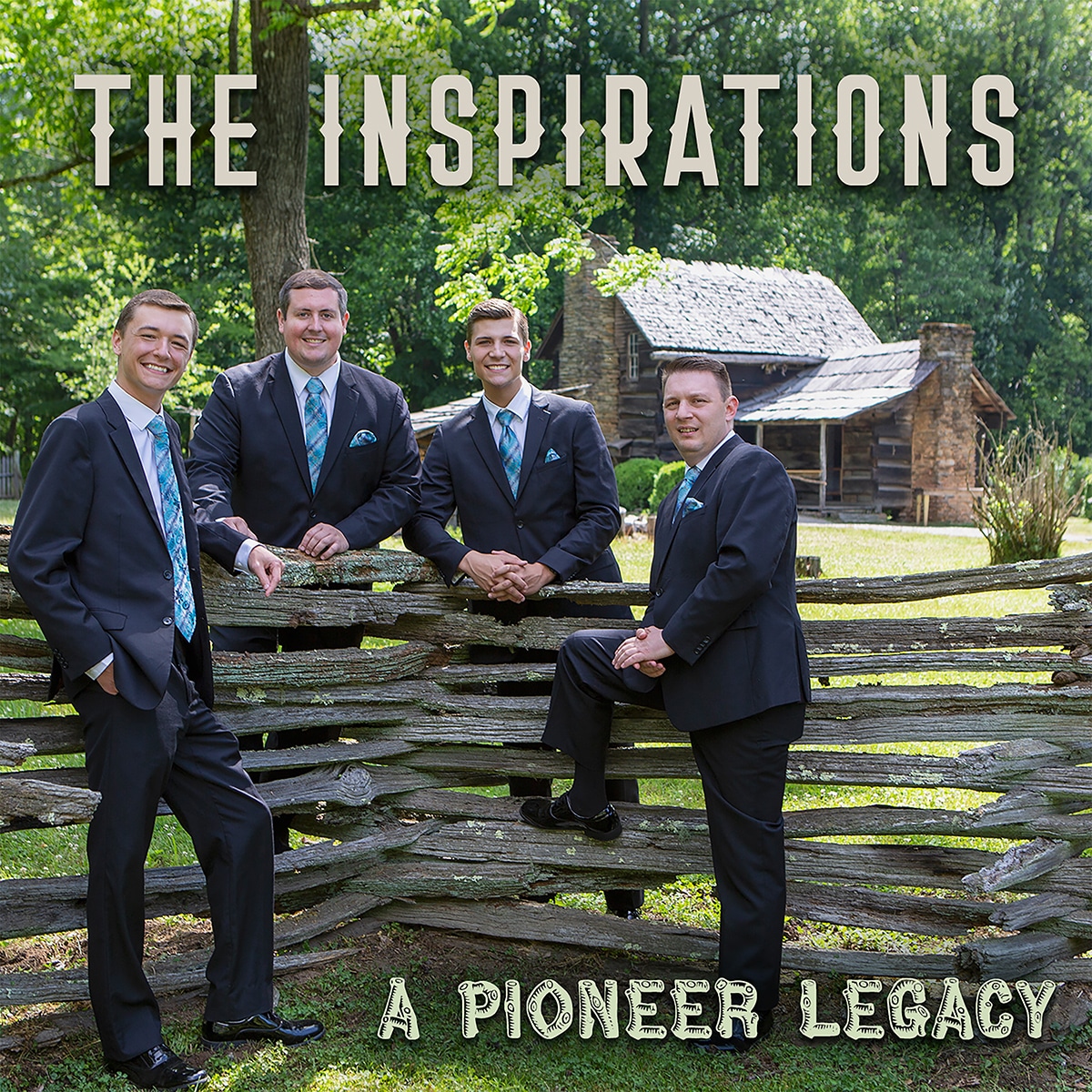 Arden, North Carolina (March 1, 2022) — If, as they say, timing is everything, then The Inspirations’ choice of the springtime and the week following Easter — a time of renewal, rebirth and the promise of eternal life offered in the Resurrection — to issue  A Pioneer Legacy, their new album now available for pre-order, add and saveahead of its April 22 release, was surely an inspired one. For like the time of year, this release signifies a step forward that is new, and yet seamlessly bound to the past.

The project’s title embodies this new step to perfection, serving both as a reminder of the storied quartet’s origins — their very first album, released in 1966, was titled Our Pioneer Heritage — and as an acknowledgement that the group’s history and deep catalog constitute a rich legacy to be carried on by a new generation. Following the release of last spring’s What A Wonderful Time Live, which first saw Roland Kesterson, Isaac Moore, Wyatt Austin and Luke Vaught promoted to leading roles when the pandemic’s dangers led senior members to retire from the road, A Pioneer Legacy — the new singers’ first studio recordings — marks the end of a transition, with Kesterson, Moore, Austin and Vaught ushering in a new era for the fabled quartet.

“Knowing that God does all things well it is not surprising that The Inspirations’ first recording was titled Our Pioneer Heritage,” notes Roland Kesterson. “According to Webster’s dictionary the word pioneer means ‘a person or group that originates or helps open up a new line of thought or activity or a new method.’ In 1964, when these five boys came out of the mountains of North Carolina, that is exactly what they did in gospel music. Now, in 2022, we are simply following the footsteps of these men and pioneering our way into the future by embracing the legacy that these men started and built over the last 58 years. We are so excited about the release of our first studio album with this new lineup of The Inspirations. It has been amazing to see what God has done with this group since it’s formation in early 2020!”

Indeed, the quartet — Kesterson sings lead alongside Moore (tenor), Austin (bass) and Vaught (baritone) — took the homage to their roots a step further when choosing material for A Pioneer Legacy. Notes Kesterson, “We were taught by the men we look up to, to prayerfully choose songs that bless us first, when choosing songs for an album — and that is exactly what we did. Part of the magic has been staging songs that the group recorded in the past, so the decision was made to re-record seven old songs that had been previously recorded by the group and add three new songs that had never been heard — embracing the legacy but also looking toward the future. This is typically unheard of for a new album, but as we were taught, we don’t do what everyone else does. We have tried to pioneer a new way by paying tribute to our old way.”

The musical consequences of the decision confirm its wisdom, as the new songs fit comfortably alongside the classics — to the point where a new listener would be hard-pressed to identify which song falls into which category. As it happens, the album’s first two entries are among the new, including its first single, “I Have God To Thank For Everything.” Yet whether it’s those or old favorites like “It’ll Be Alright With Me,” which features Moore’s silvery tenor, and “Hallelujah I’m Heaven Bound,” which finds each member taking a turn front and center, each song nods to the legacy of their predecessors as it delivers the heartfelt message of deliverance and the assurance of Heaven for the believer. Simple, sympathetic backing from producer Jeff Collins (piano), Tim Surrett (acoustic bass) and multi-instrumentalist David Johnson extends the group’s sonic signature even further, and the circle was completed when the album’s photo shoot was conducted at the same Great Smoky Mountains Park location where that first album’s cover was taken.

“We all grew up listening to this music as well as other traditional quartet music and we love it,” Kesterson says. “Every night we sing our hearts out and try to honor The Lord first, and the heritage of this quartet second. It’s a heritage that, over the last 58 years, has turned into a legacy — a legacy unrivaled by anyone in this business. A legacy of love for our Savior, love for the sinner, love for our fans and friends, love for each other and love for this music. It is our prayer, as always, that you can feel God’s presence as you listen to each song, and that your heart is blessed by each word and each note that God has given us the ability to sing on this album. And so from our hearts we give you A Pioneer Legacy.”

Pre-order, add or save A Pioneer Legacy HERE.

About The Inspirations
The Inspirations first formed in 1964 in Bryson City, North Carolina and became full time in 1969 after hosting their first “Singing In The Smokies” event. With a number of hit songs through the 1970s, the group rose to national attention and joined the Gospel Singing Jubilee Television program. In January of 1970, they secured their first #1 song on the Singing News Chart, “Jesus Is Coming Soon,” marking just the beginning of their chart-topping success. In November of 1973, The Inspirations held the #1 spot for 12 months with “Touring That City.” It was followed with the success of “When I Wake Up To Sleep No More” in 1974 and “Jesus Is Mine” in 1976. In 2001, The Inspirations recorded their first album with Horizon Records, titled Pure Vintage. The album’s first song, “I’ll Not Turn My Back On Him Now,” returned the group to the top of the Singing News chart after 26 years. It was followed with more #1 tracks with  “I Have Not Forgotten” and “If You Only Knew.” The Inspirations are Roland Kesterson, Wyatt Austin and Luke Vaught, with Archie Watkins, Eddie Deitz, Marlin Shubert appearing on special dates.