The Inspirations release live album, What A Wonderful Time 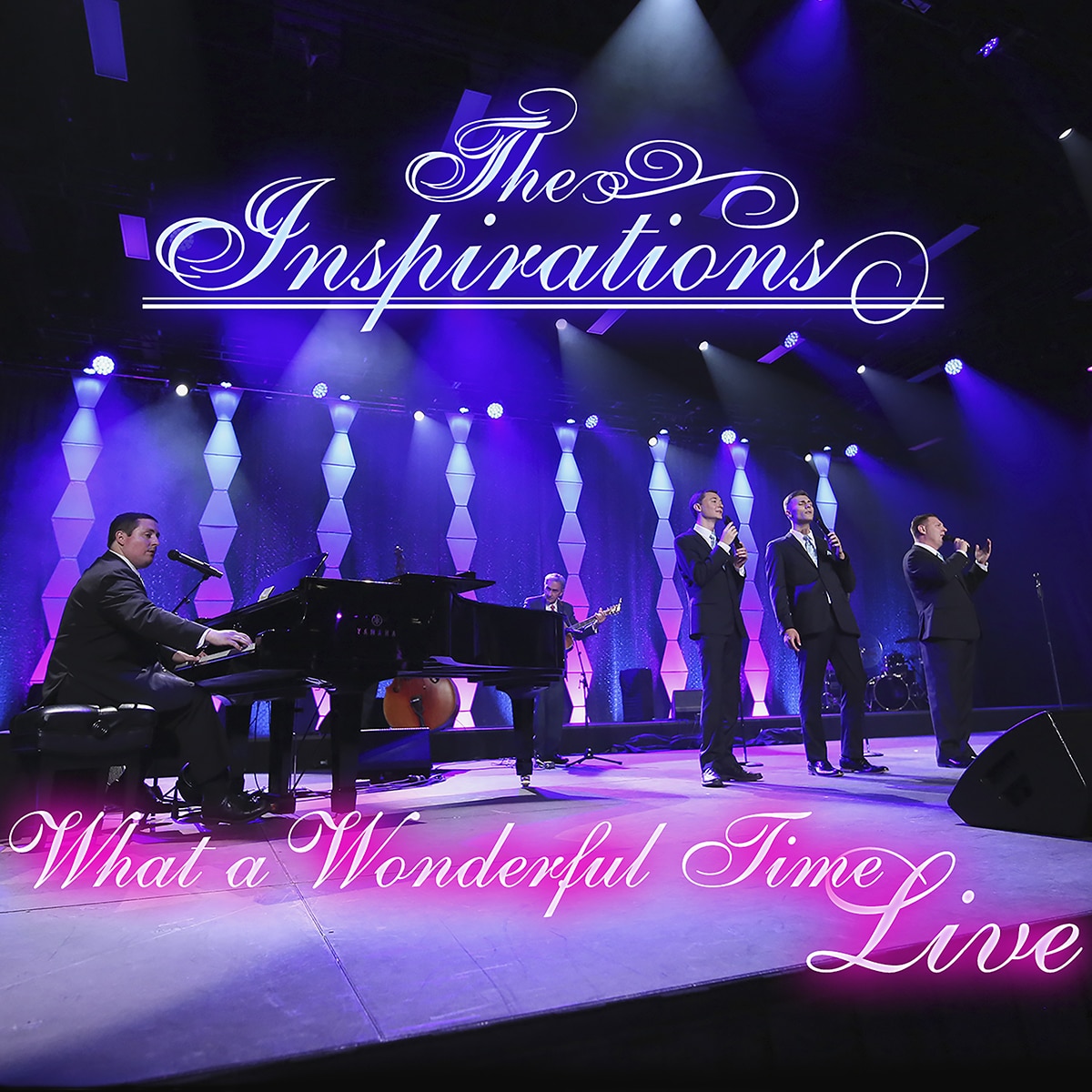 Arden, North Carolina (April 2, 2021) — Formed in 1964, The Inspirations are one of Gospel music’s longest-standing quartets. The group’s distinct sound is instantly recognizable and has changed little across 57 years of recordings — no matter who was singing.

When live performances started to return last summer after the pandemic hit, Archie Watkins, Eddie Deitz and Marlin Shubert — being at a more susceptible age for the virus — decided it would be prudent for them to stay home and not tour around the country where they might be exposed. The newest generation of members, Roland Kesterson, lead vocal; Isaac Moore, tenor vocal; Wyatt Austin, bass vocal; and Luke Vaught, baritone vocal and keyboard, hit the road, continuing to share The Inspirations’ music. What A Wonderful Time LIVE — The Inspirations’ 20th album with Horizon Records and 73rd album since 1964 — captures the energy Kesterson, Moore, Austin and Vaught brought to stages during this time, while keeping the group’s traditional sound. The album is now available everywhere.

Recorded at the 2020 National Quartet Convention’s Fall Festival in Pigeon Forge, Tennessee, this album takes listeners on a 25-minute musical journey through The Inspirations’ storied career. What A Wonderful Time LIVE starts with Lester Flatt and Earl Scruggs’ classic “Reunion In Heaven,” then transitions to one of the group’s most recognized and requested songs, “Jesus Is Coming Soon,” originally recorded in 1968.

The trip through the group’s catalog continues with fan favorites such as “Living on Higher Ground,” “He Made A Way,” and “Shoutin’ Time In Heaven,” along with The Inspirations’ current radio single, “Home is Sounding Sweeter,” which Kesterson wrote. The collection ends with “When I Wake Up To Sleep No More.”

“To say 2020 was an unusual year is probably an understatement,” say The Inspirations. “But the young guys, Roland, Luke, Wyatt and Isaac, were eager to get out and sing at venues asking for The Inspirations. The guys did such a wonderful job representing our Lord and The Inspirations heritage we felt the need to capture it on a recording. Thank you to all the supporters that have prayed and encouraged us through this unusual year. We look forward to getting ALL of the guys back out on the road singing and sharing the good news!”

Listen to What A Wonderful Time LIVE HERE.

About The Inspirations
The Inspirations first formed in 1964 in Bryson City, North Carolina and became full time in 1969 after hosting their first “Singing In The Smokies” event. With a number of hit songs through the 1970s, the group rose to national attention and joined the Gospel Singing Jubilee Television program. In January of 1970, they secured their first #1 song on the Singing News Chart, “Jesus Is Coming Soon,” marking just the beginning of their chart-topping success. In November of 1973, The Inspirations held the #1 spot for 12 months with “Touring That City.” It was followed with the success of “When I Wake Up To Sleep No More” in 1974 and “Jesus Is Mine” in 1976. In 2001, The Inspirations recorded their first album with Horizon Records, titled Pure Vintage. The album’s first song, “I’ll Not Turn My Back On Him Now,” returned the group to the top of the Singing News chart after 26 years. It was followed with more #1 tracks with  “I Have Not Forgotten” and “If You Only Knew.” The Inspirations are Archie Watkins, Eddie Deitz, Marlin Shubert, Roland Kesterson, Wyatt Austin, Luke Vaught and Isaac Moore.