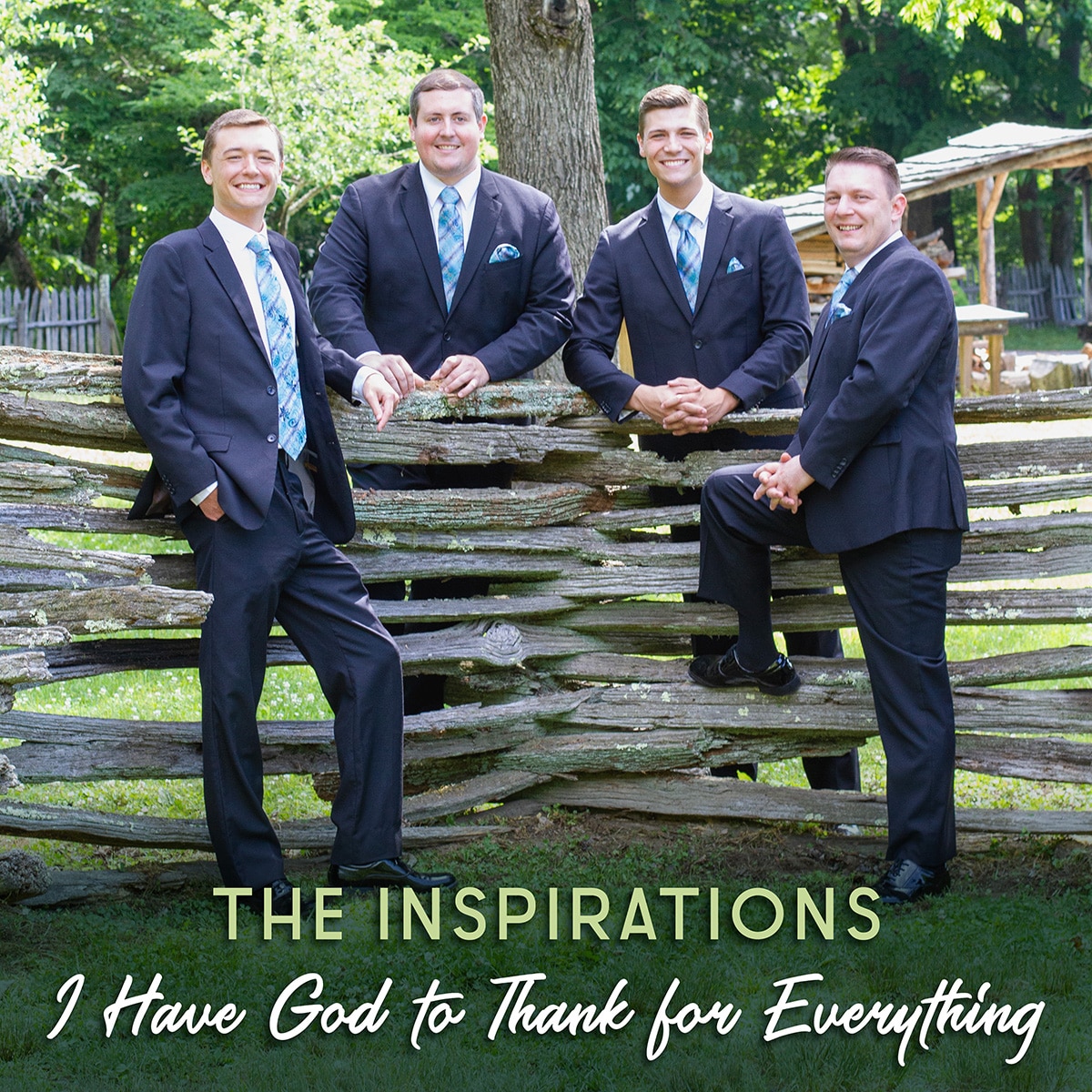 Arden, North Carolina (January 28, 2022) — When live performances returned in the summer of 2020 after the pandemic hit, The Inspirations sent the newest generation of members — Roland Kesterson, lead vocal; Isaac Moore, tenor vocal; Wyatt Austin, bass vocal; and Luke Vaught, baritone vocal and keyboard — on the road, where they continued to share music from one of Gospel music’s longest-standing quartets.

The group brought their energy and passion to fans with a live recording of their 2020 National Quartet Convention performance (What A Wonderful Time LIVE), which was well received by the Southern Gospel community, leading fans to take note of the new lineup — which was recently featured on the cover of Singing News magazine.

Now, The Inspirations have begun recording new music with the dynamic young vocalists at the forefront. Their new single, “I Have God To Thank For Everything,” features Kesterson and describes the peace and assurance one can find when they put their trust in God.

Keeping The Inspirations’ traditional sound, this song reminds us that God will always supply what we need to save our souls, with the chorus saying “I have God to thank and forever I’ll praise His name.”

“In the midst of storms, battles and everything that life throws our way, it is necessary to take time to just stop and breathe,” says Kesterson. “And in the quietness of that moment, if we will reflect on the goodness of God and consider His blessings, our burdens and troubles melt away in light of his goodness. We truly have God to thank for everything.”

Listen to “I Have God To Thank For Everything” HERE.