The Chitans to release debut album with Horizon Records

Running to Jesus | Jesus Is Moving | The Chitans | Set Apart 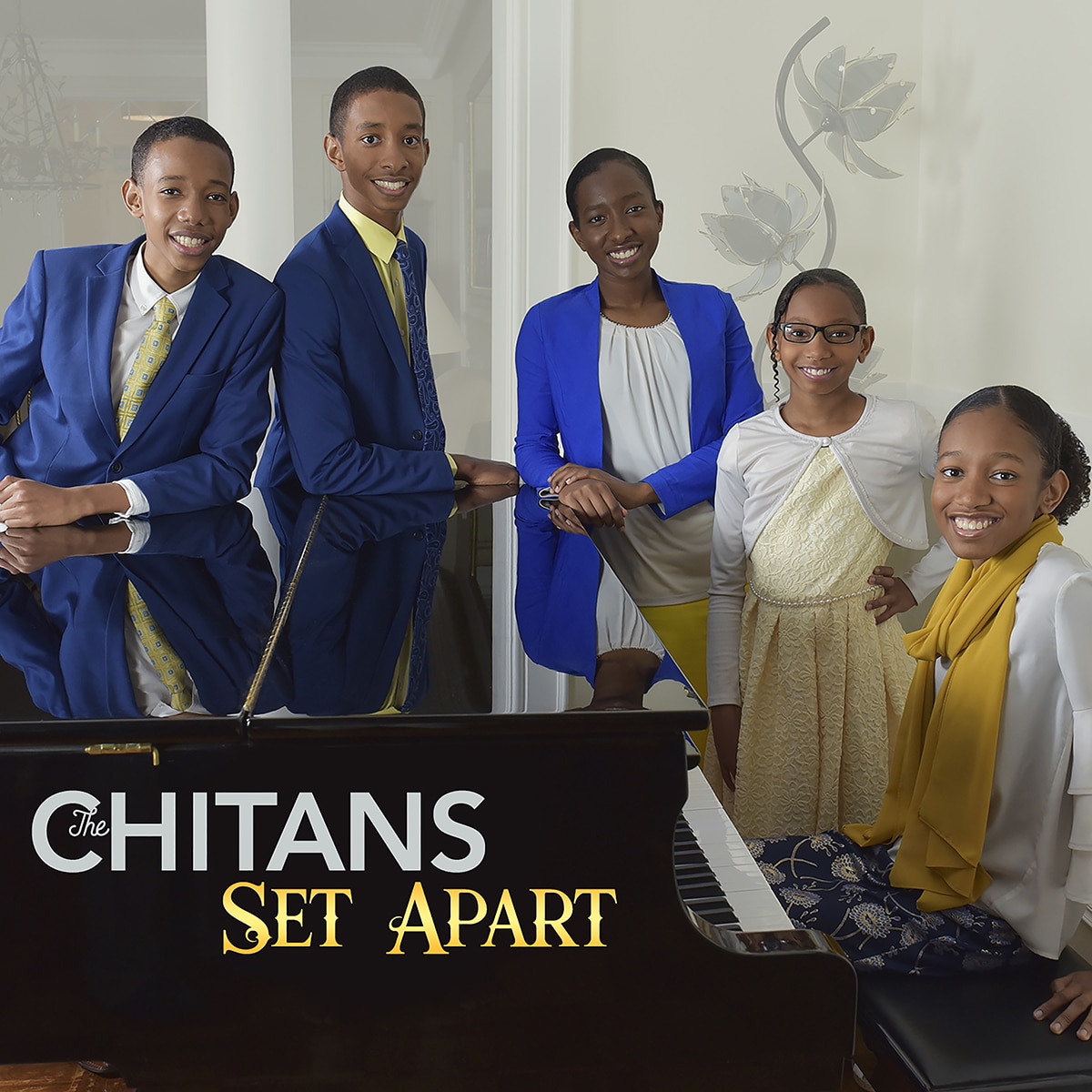 Arden, North Carolina (October 20, 2020) —  At a time when the ravages of a new disease are circling the globe, we are reminded once again that the message of the Gospel is a force that crosses every border and transcends every difference. The same truth can be seen in the international spread of Southern Gospel music, especially when it is carried by a group such as The Chitans, who now bring their devotion and their talent to the fore with their Horizon Records debut collection, Set Apart — now available for pre-order ahead of its November 20 release.

Indeed, until circumstances forced them to reorient their musical ministry away from live appearances, The Chitans — Kaiziah, Kayandra, Jesse, Jayden, Karlainah Chitan and their parents, Layne and Karen — had traveled the world from their Canadian home, bringing their unique take on the Southern Gospel style to churches, hospitals, nursing homes, senior homes, community centers, prisons and more. Now, with Set Apart, they are bringing a new dimension to their work through a collection that shines with a joyous, yet reverent spirit that can touch listeners’ hearts even without their physical presence.

“The first time I heard The Chitans sing, I was struck by how the audience responded to them. They made an instant connection that rarely happens,” says Roger Talley, who produced the album. “I knew then that they have the potential to minister to people of every race and culture with their angelic voices and pure hearts. I’m excited about helping them broaden their ministry by partnering with them and Crossroads on this new release.”

Following the release of three singles — “Running To Jesus,” “Jesus Is Moving” and the glistening title track — that amply demonstrated the young singers’ talents, Set Apart confirms just how deeply the family has absorbed not just the message, but the distinctive sounds of Southern Gospel. Even so, the project has, in their words, “everything from Southern Gospel to Progressive Southern Gospel, from a touch of Black Gospel to a pinch of Caribbean Flavor — there’s something on it for everyone!”

“We each tried to think of which song is our favorite, but after we started listing them…well…the whole album ended up being listed,” they add. “All the songs have been a blessing and encouragement to our family. We are elated to be able to share it and we are hoping that it will bring peace, comfort, and encouragement through the Holy Spirit. We also pray it serves as an inspiration and a reminder that you are ‘Chosen.’”

“We are really excited about releasing Set Apart!”

Made by a family from one country, now living in another, and released in partnership with a label based in still another, Set Apart is truly an example of an international project to spread the Word — and Southern Gospel music — around the world.