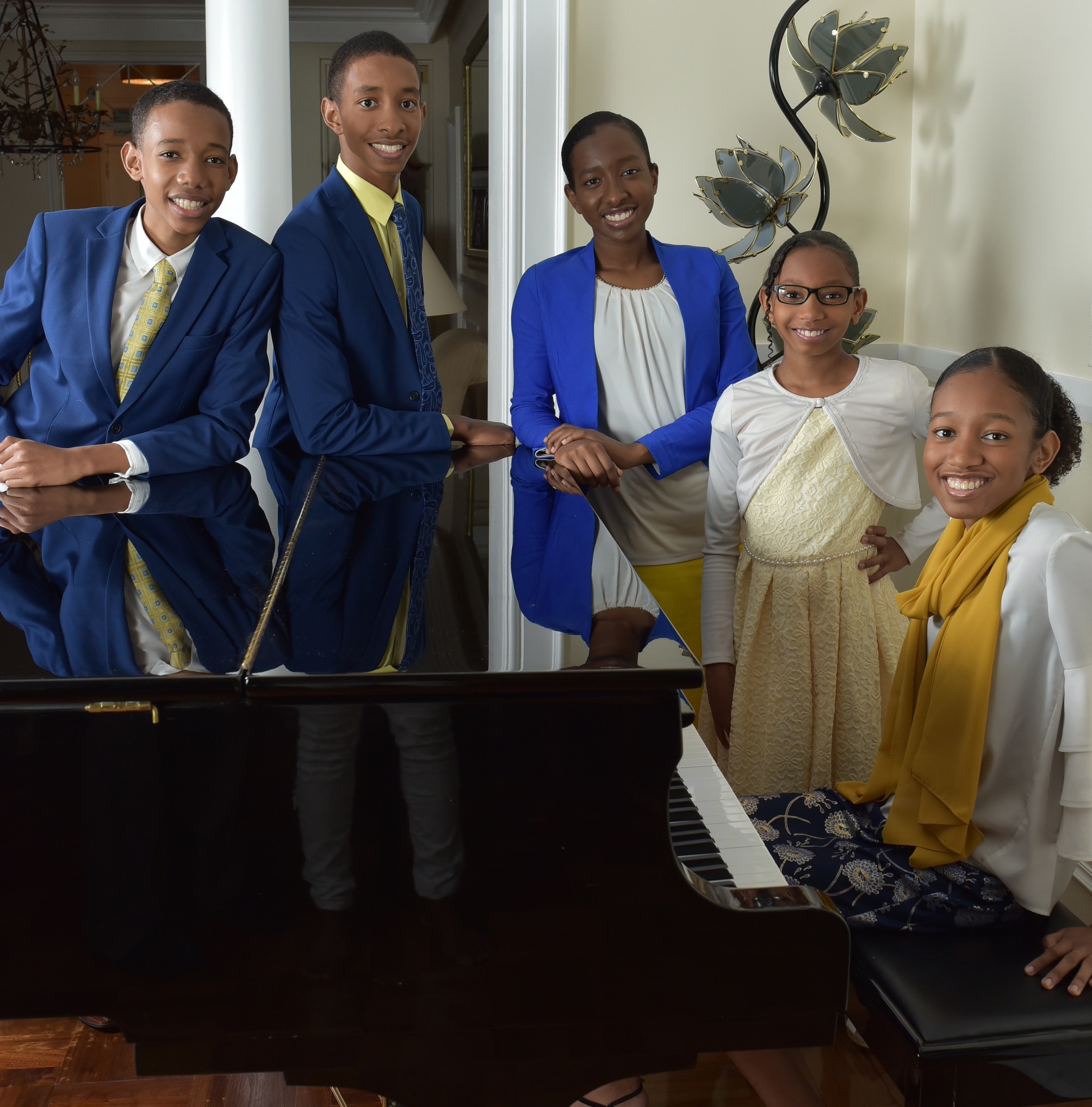 Arden, North Carolina (May 14, 2020) — Like the message it serves, Southern Gospel music knows no geographical boundaries. Kaiziah, Kayandra, Jesse, Jayden and Karlainah Chitan and their parents, Layne and Karen, spend most of the year traveling the world and serving the communities they stop in through ministering in churches, hospitals, nursing homes, senior homes, community centers, prisons, slums and on the streets — and though they’re based in Canada, the foundation of their musical ministry is the Southern Gospel style they’ve listened to all their lives.

Now, The Chitans have signed with Horizon Records to extend that ministry through the release of Set Apart, their latest album produced by Roger Talley and recorded at Crossroads Studios in Arden, North Carolina.

“The first time I heard The Chitans sing, I was struck by how the audience responded to them. They made an instant connection that rarely happens,” says Talley. “I knew then that they have the potential to minister to people of every race and culture with their angelic voices and pure hearts. I’m excited about helping them  broaden their ministry by partnering with them and Crossroads on this new release.”

“We, The Chitans, believe that God has set us apart for a special purpose. With that in mind, we are forever grateful to Him for the provisions, visions and directions that he has given to us daily,” the family adds. “We are very fortunate to meet and work with some great people that God has placed on our path. Crossroads/Horizons Records is one such entity. God knew what sort of help we needed as a family in ministry and he provided it through Crossroads.”

Though Southern Gospel is their chosen musical “home,” the sound of The Chitans has room for other influences, ranging from the accents of their native Caribbean region to the soulful rhythms of African-American congregations found across the northern continent. But whether they’re belting out an up-tempo song of joy, or offering a contemplative ballad, their music is always expressive, and always rooted in faith and tradition.

“We appreciate all the prayers, encouragement, support and hard work that everyone has given us as we labor together building up the kingdom,” say The Chitans. “With a new and organized team working alongside us, we know that the journey will become more exciting yet challenging, so, we solicit your prayers and support as we see where God is taking us.”

The Chitans will be releasing two singles — “Set Apart” and “Jesus Is Moving”— on May 22 ahead of a worldwide day of worship they’re hosting.

Both songs can be pre-saved/added ahead of release on Spotify and Apple Music. Pre-save “Set Apart” HERE and “Jesus Is Moving” HERE.

Also titled Jesus Is Moving, the live-streamed worldwide event will be May 30. Hosted by The Chitans, Jesus Is Moving will feature artists Brian Free and Assurance, The Talleys, The Whisnants, The McNeils from the United States; LYNC, The Cuffeys, Paschal Kalumbi, Tiffany Campbell-Dailey Smithfrom Canada; The Foster Triplets from Jamaica; Xclusive from South Africa and many others to be announced. Fans can tune in throughout the day on The Chitans’website, YouTube and Facebook.