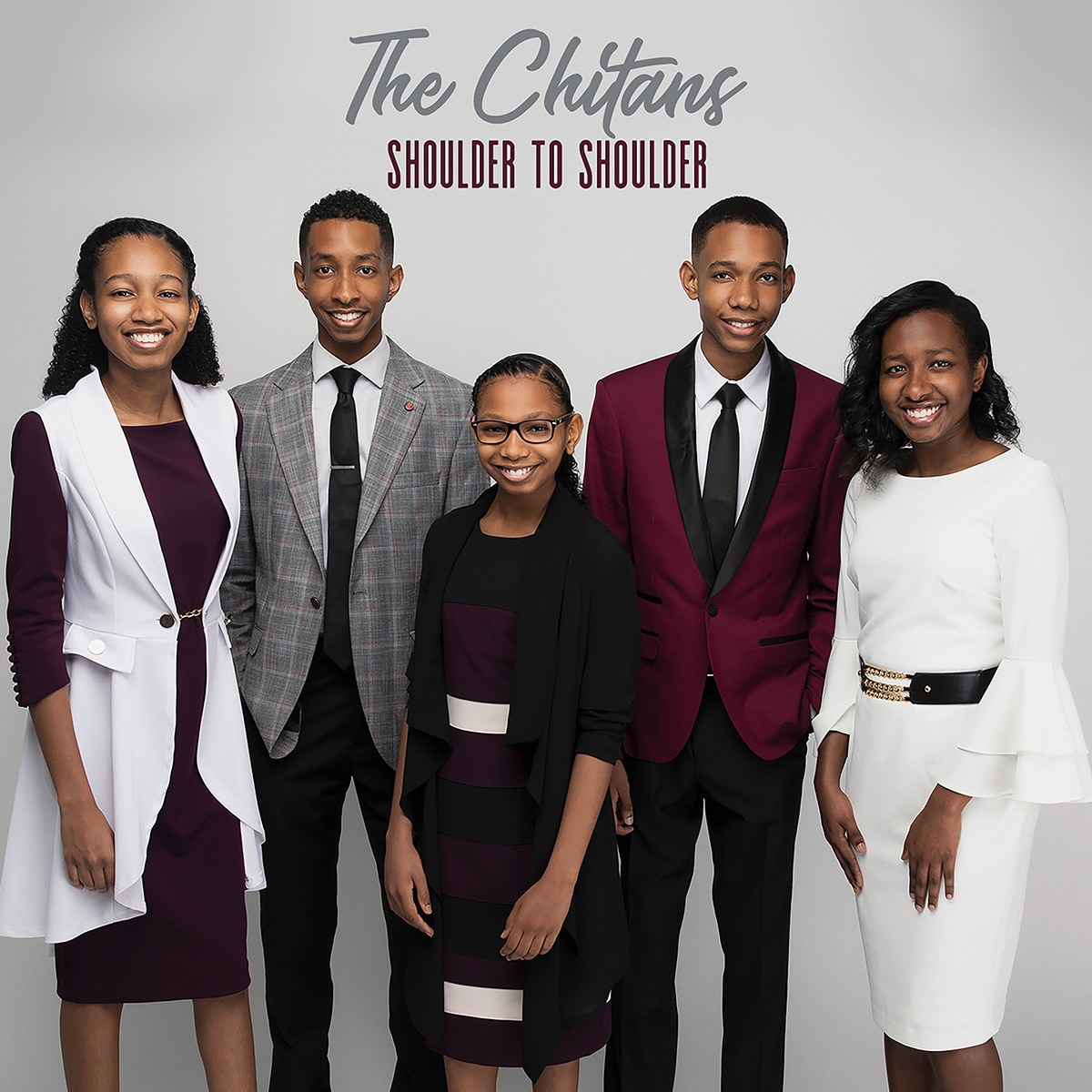 Arden, North Carolina (September 30, 2022) — Reminding us once again that the sounds of Southern Gospel and the timeless message of salvation they convey know no boundaries, The Chitans return with Shoulder To Shoulder — their second full-length album with Horizon Records — out now.

The title and opening track lays out the story almost as if it were written to order:

“We are brothers and sisters, we’re part of the family of God
We’ve faced many battles together, God brought us thru every one
Now we don’t always agree, we don’t always see eye to eye
But all of these things will not stop us, for we have made up our mind

Set to a soulful, gently swaying rhythm, the song lifts up the entire group — sisters Kaiziah, Kayandra and Karlainah, along with brothers Jesse and Jayden — and sets the tone for the album, which reflects a joyously embrace of the Gospel spirit and the power of God’s love. And while there is room for expansive orchestral arrangements that underline the majesty and power of their message, most of the songs on Shoulder To Shoulder favor more organic sounds to match the simplicity of youthful belief, giving the album a warm, intimate family atmosphere.

Similarly, while there are a few touchstone songs that listeners may recognize, including “Goodness Of God,” the group’s reworking of Charity Gayle’s take on “New Name Written Down In Glory,” and a nod to the family’s Caribbean origins in “Hush (Don’t Cry),” first recorded by the group Acapella, the bulk of the songs are fresh and new, carefully chosen by the group and their producer, Roger Talley. And though the glistening, heartfelt vocals of Kaiziah and Kayandra are most prominently featured — that’s Kayandra taking the lead on the first single, “God Like That” — there’s plenty of room for all of The Chitans to shine, emphasizing the close-knit feeling of the family as they stand shoulder to shoulder.

“We are so excited to announce the release of our brand new album,” offer The Chitans. “God is so good, and we are so grateful to be able to sing about Him. It was such a fun and enjoyable time working with our producer, Roger Talley, and the folks at Crossroads Studios. There are some awesome songs on this album, songs of encouragement, hope and peace — some songs you may know that you can sing along to, and some brand new ones that will have you singing along in no time. We are so thrilled to be able to share this with you all!”

The family travels the world, serving the communities they stop in through ministering in churches, hospitals, nursing homes, senior homes, community centers, prisons, slums and on the streets (feeding the homeless). The family has sung at religious, cultural, human rights and civic gatherings throughout Canada, the United States — including at The White House and on Capitol Hill —  Kenya (Africa), the United Kingdom, the Caribbean including Bermuda and to heads of state in Jamaica, Grenada, Bermuda and Canada.