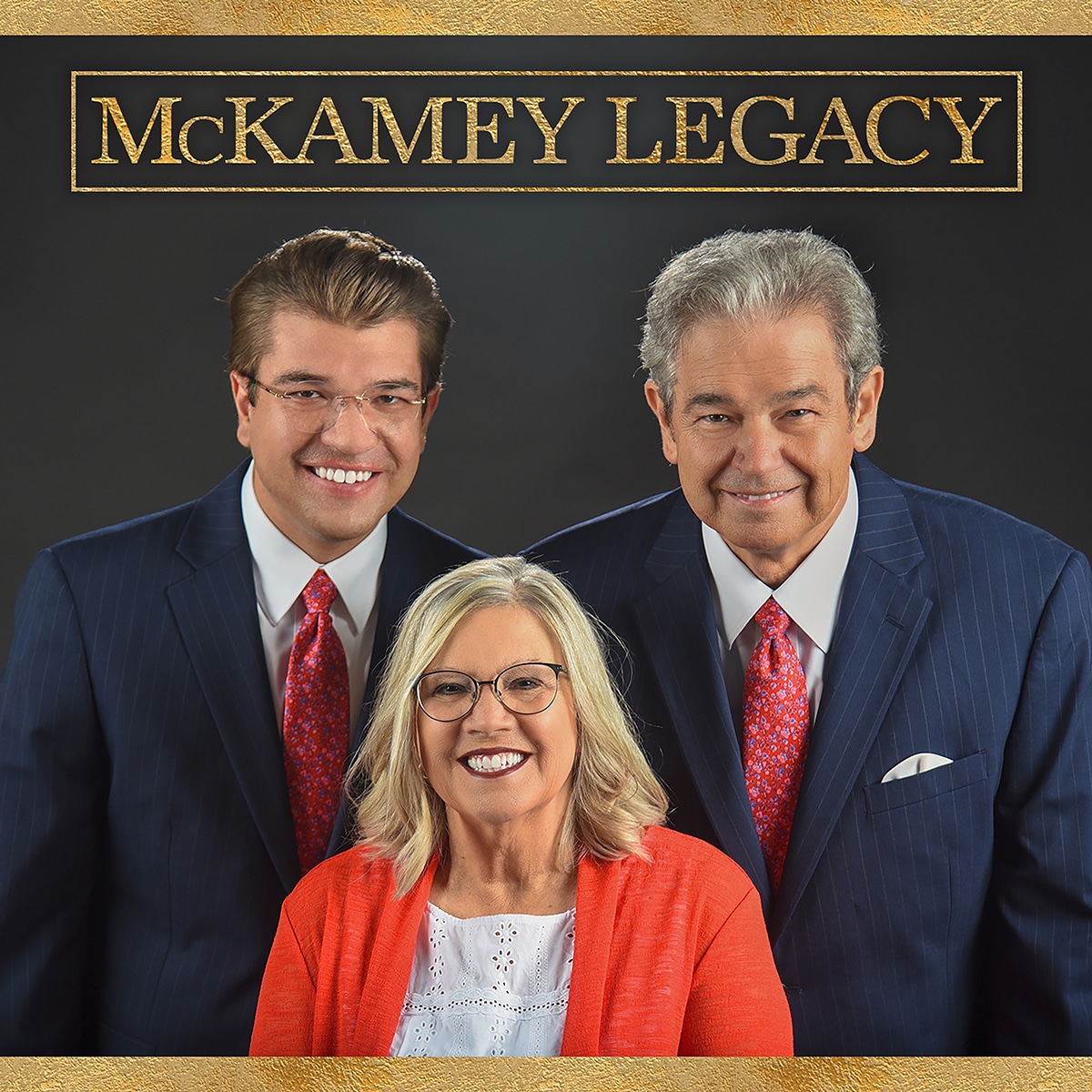 Arden, North Carolina (May 27, 2022) — Like a picture, a well-chosen name for a music group can be worth a thousand words — and to prove the point, one need look no farther than McKamey Legacy.  In its simplicity, the name announces that the great Southern Gospel heritage of The McKameys, one of the music’s most beloved artists, is in the hands of a new generation, committed to honoring that legacy while carrying it forward into the future. And now, both the fidelity and creativity embodied in that commitment is fully revealed with the release of McKamey Legacy’s debut album for Horizon Records — the label which served as home to The McKameys for the last half of their decades-long recording career.

Not surprisingly, McKamey Legacy starts off by immersing the listener in the new group’s approach to The McKameys’ voluminous song catalog. Indeed, the very opening notes to the first song, “The Message,” faithfully echo those of the original version, even as the new group recasts it as a female lead that features Connie Fortner, Ruben and Peg McKamey Bean’s daughter. Fittingly, the song is one of many written for The McKameys by Fortner’s sister, Sheryl Farris, as are the next two — “Always” and “I Will Trust You Lord.” Yet McKamey Legacy also serve notice that the trio — Connie, husband Roger and their son, Eli—are not content to recreate the past. Indeed, new songs lie at the heart of McKamey Legacy, with its interior half given over to fresh material, including the first single, “Still” — appropriately enough, a brand new song from Farris. The project closes by returning to The McKameys’ songbook with two old favorites, 1991’s “The Rising of the Son” and 1984’s “Dust On The Altar.”

To those familiar with The McKameys, McKamey Legacy’s simple, sturdy arrangements will sound immediately familiar — as they should, given the many years that Roger and Eli, who are responsible for most of the instrumental work here, spent with the group. Once again, though, a deeper listen reveals that the classic sound is being tastefully and reverently updated for modern ears, with subtle touches that underline McKamey Legacy’s determination to go beyond easy recapitulation. From start to finish, McKamey Legacy is a project that wraps its timeless gospel messages in a powerful blend of old and new.

“We are so excited about the release of our first project,” the group enthuses. “This project has a blend of old McKamey favorites, as well as a few new songs that have never been recorded before. We hope and pray that each song on this project brings comfort, peace and hope to each and everyone who listens to it, and we pray that every part of it brings glory to God, for He is the one who put this ‘legacy’ together.”

About McKamey Legacy
McKamey Legacy is a family trio from Clinton, Tennessee that came to be after 39 years of full-time touring with the rest of their family, The McKameys. After that group retired in 2019, and after much prayer, group members Connie Fortner (Ruben and Peg’s daughter), her husband, Roger Fortner and their son, Elijah Fortner felt the call from God to continue the legacy of their family and they began traveling and singing again in 2021 as McKamey Legacy. The group will be touring on a part-time basis, performing songs that were loved and most requested from their McKamey days as well as some new songs that fit their message. Sharing the Gospel in song to a lost world and sharing the message of hope to discouraged Christians is their goal, following God in everything that they do and bringing Glory to God in all things done by them.