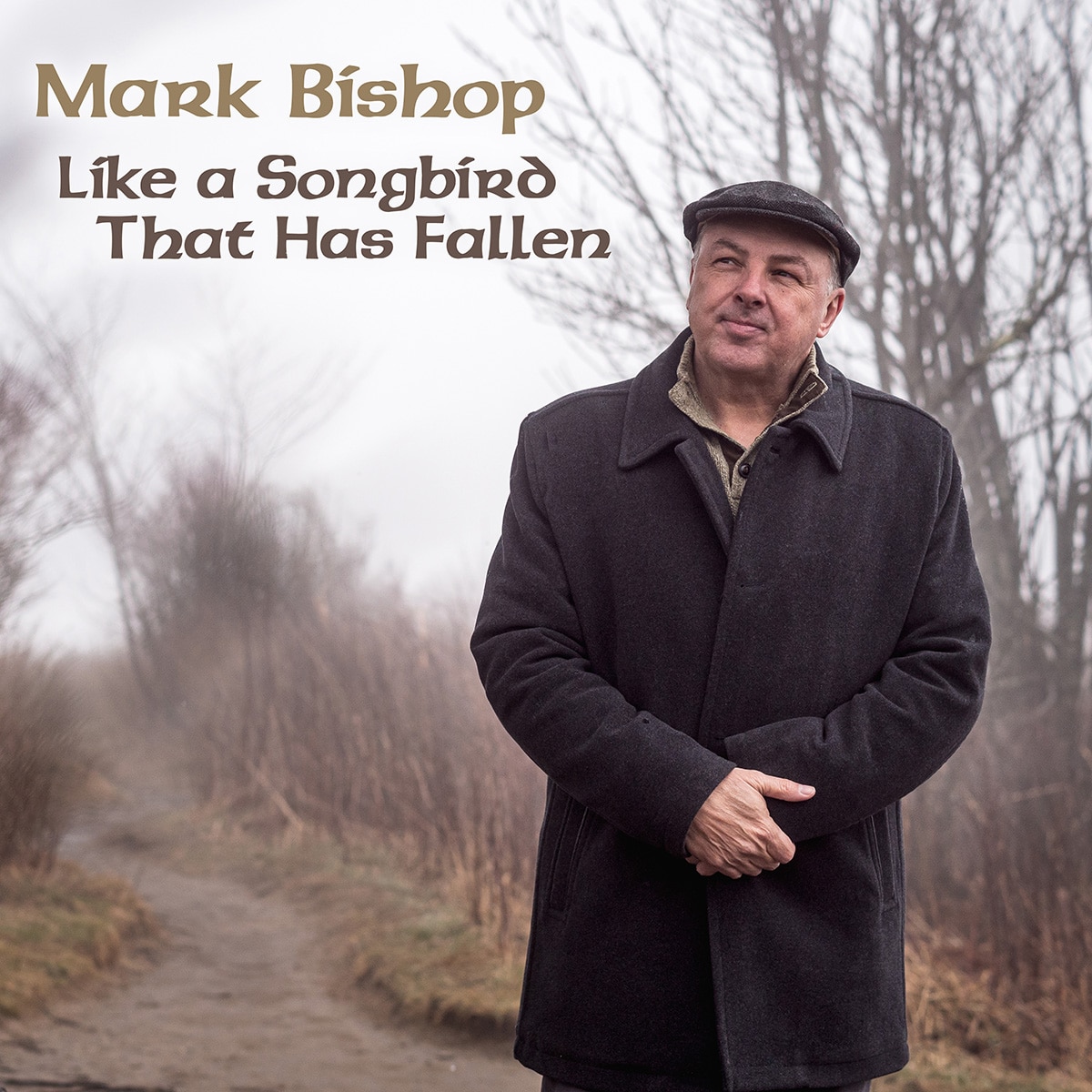 Arden, North Carolina (May 14, 2021) — Christian music artist Mark Bishop has never been afraid to venture down new musical roads in the pursuit of artistic horizons. Indeed, though he’s best known in Southern Gospel, his catalog has ranged through Bluegrass, Positive Country, Americana and more, while never straying from the message of the Gospel — or failing to highlight his rich, distinctive voice. And while he might have taken last year’s nomination of 2019’s Beautiful Day for a Best Roots Gospel Album GRAMMY as a sign to continue in that project’s musical vein, Bishop has instead explored a unique set of Celtic, folk, old-time, bluegrass and other flavors to create a new sound that is as rich as it is authentic.

For his first single since Beautiful Day, Bishop has chosen a song that’s emblematic of the project as a whole in its blend of sounds — and perhaps, too, in its surprising origin. As old as “Like A Songbird That Has Fallen” sounds, it is a 21st century composition, written by folk-rock legend Bobby Neuwirth and the equally iconic Americana musician and producer T-Bone Burnett. First recorded by the Reeltime Travelers on the soundtrack to 2003’s Cold Mountain, the song’s distinctive language and plaintive melody sound positively ancient, and the backing from Mark Fain (bass), David Johnson (guitar, banjo), Andy Leftwich (mandolin, fiddle) and Jeff Taylor (hurdy gurdy, Marxophone) is no less haunting. Bishop’s singing, enhanced by a sympathetic high harmony line from Endless Highway’s Ally Griggs, takes a simple, direct approach that makes the knotty lyric plain and delivers its stark statement of faith with undeniable power.

“I was speaking with a friend about the album we were recording,” Bishop recalls. “And she had me go looking for this song. I fell in love with not just the mountain melody, but I also fell in love with the unconventional lyrics that sound more like poetry than song lyrics. You really have to listen. Musically, the song encapsulates the entire album. It’s a mixture of instruments from across the sea as they first meet the instruments of the Appalachian mountains. Add to that the harmony vocals by my friend Ally Griggs and it is just an absolutely captivating song to hear.”

Some artists have a single musical vision that gets refined over the course of their careers; for others, creativity encompasses a broader view.  With “Like A Songbird That Has Fallen,” Mark Bishop serves notice that he is one of the latter — and an artist with the talent to make us all see through his eyes.

Listen to “Like A Songbird That Has Fallen” HERE.

About Mark Bishop
GRAMMY-nominated Mark Bishop has one of the most distinctive voices in all of Gospel Music. He is also regarded as one of the preeminent Gospel songwriters of our generation. His songs have been recorded by several of today’s most popular Gospel Music groups. Once you have heard one of Mark’s thought-provoking songs, you’ll immediately know why Gospel Music lovers consider him one of the genre’s top singer/songwriters.

Mark’s musical roots trace back to idyllic summer evenings in Kentucky, singing on the front porch with his family. It was then that the Bishop family began to form a musical foundation that would usher them to the forefront of Gospel Music. During their career, The Bishops enjoyed enormous success across all outlets, with twenty-seven national Top-40 songs, including twelve Top 5 songs and three Number 1 songs.

Since embarking on a solo career in 2002, Mark Bishop has not missed a beat. He has been honored with multiple nominations and awards in a broad range of categories from leading Gospel Music publications and organizations. He is one of the select few soloists who have been invited to perform on the Main Stage of Gospel Music’s signature event, the National Quartet Convention. Over the past thirty years, Mark’s songs are staples on Gospel Music radio, accumulating numerous hits on the national airplay charts. In 2021, his album, Beautiful Day, was nominated for the Best Roots Gospel Album GRAMMY.