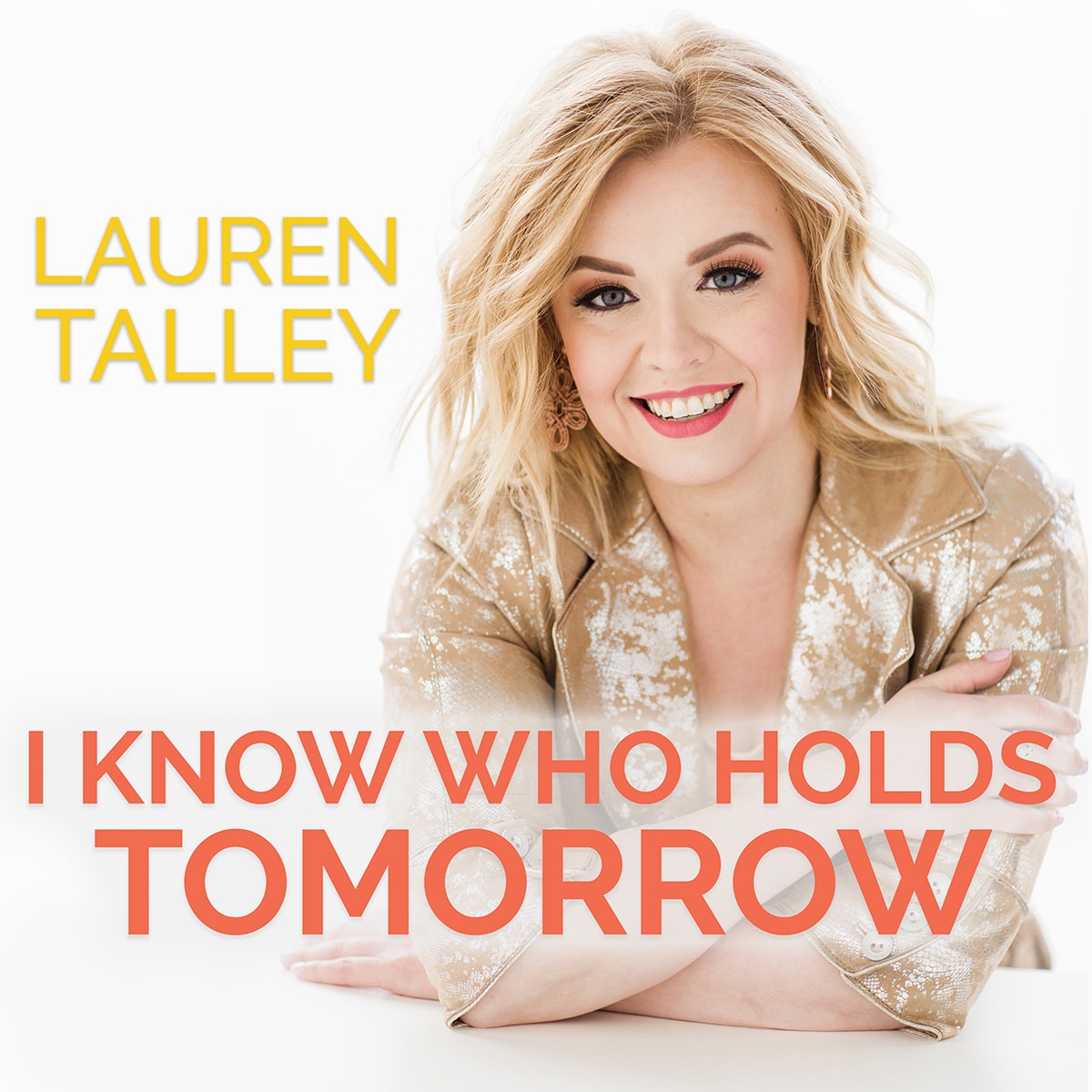 Arden, North Carolina (May 15, 2020) — As the world faces this time of uncertainty, Lauren Talley hopes to help others feel peace with her new release, “I Know Who Holds Tomorrow,” reminding followers of Christ they don’t need to worry about what lies ahead.

“I started singing this song around the house during the COVID-19 quarantine,” says Talley. “As time went on and dates canceled, a family member was laid off and the future looked more and more uncertain, I realized I probably wasn’t the only one who needed to be reassured by these words.”

The song’s lyrics tell of living day-to-day, not knowing what comes next. Then, Talley sings of walking beside Christ during difficult times, adding “I know who holds tomorrow, and I know who holds my hand.”

Recorded at her father’s studio on the family farm, “I Know Who Holds Tomorrow”features Talley singing and playing piano alone, creating a few moments of powerful stillness and encouraging listeners to pause and reflect on what God can do.

“I hope you feel the peace I do when I sing it,” Talley adds.

Listen to “I Know Who Holds Tomorrow” HERE.

She has recorded five solo albums, her most recent being the highly touted 2017 release, “The Gospel,” which displays her skills as singer, producer, and songwriter. She is also the author of “Songs In The Night,” a companion devotional book to her 2010 album of the same title. Lauren performs solo concerts and is a featured singer and speaker for many women’s conferences and special events across the country. She is frequently recognized for her appearances on numerous Gaither Homecoming videos and concerts, RFD-TV’s “The Music City Show” and “In Touch” with Dr. Charles Stanley. In 2014 she was awarded an honorary doctorate degree in Worship Arts from John Wesley University.

When not traveling or recording her own music, Lauren often serves as studio background singer and producer for other recordings and works with emerging artists as a voice and performance coach. Lauren is a busy lady but always finds time to cheer on her beloved Tennessee Volunteers, drink sweet tea and spend time laughing with family and friends.

“My job as a communicator is to give people the truth of the Gospel,” Lauren says. “I want people to know that Jesus is everything – He’s the Answer the world is searching for, He’s the solution to all problems and He’s the only One in whom we have real hope. He called me to give people His message when I was 12 years old, and fulfilling that call is all I’ve ever really wanted.”