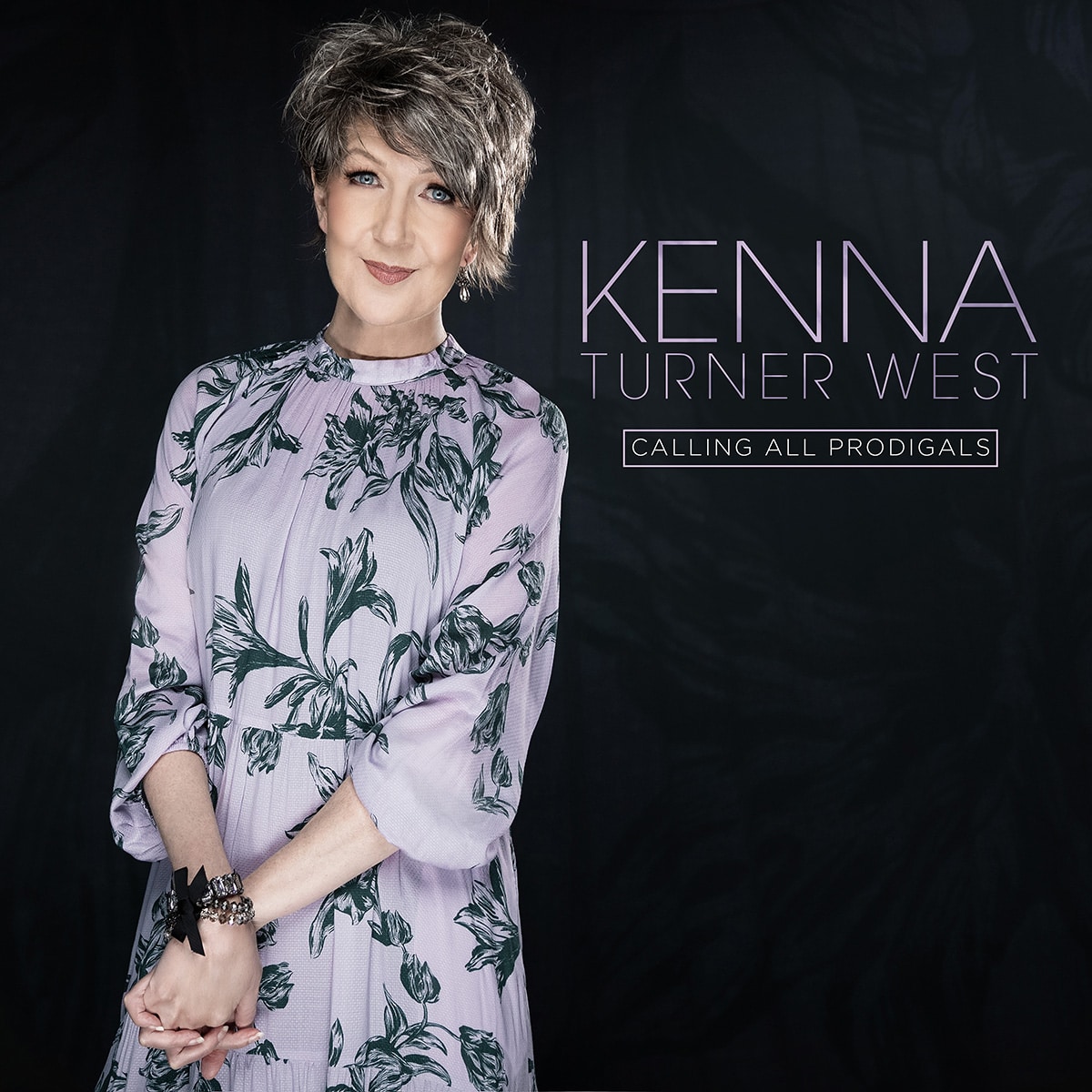 Arden, North Carolina (February 19, 2021) — Born into the world of music — she’s the daughter of former Blackwood Brothers’ bass singer Ken Turner, and daughter-in-law to Country Music Hall of Famer Dottie West — Kenna Turner West opens a new chapter in her many-faceted career with the release of “Calling All Prodigals,” her debut single for Sonlite Records.

Though she’s best-known as a songwriter with a bookcase full of awards, including eight BMI awards; three Dove Awards; twenty-five “Song of the Year” titles, and a growing list of #1s, West has been a performer, a teacher, an author and more, reaching world-wide audiences with her ministry through song and story. Now, she’s brought the light of her talent and conviction into the recording studio, with a sound that proclaims the message of redemption that “Calling All Prodigals” conveys.

With its vibrant orchestral production, “Calling All Prodigals” is the perfect vehicle to showcase West’s distinctive alto voice while delivering a message of redemption, reminding the listener that “there is forgiveness for every wandering soul.” The singer/songwriter, with the help of co-writers Brent Baxter and Jason Cox, has crafted a heartfelt lyric and soaring melody. From the first note to the final symphonic chord, “Calling All Prodigals” packs a powerful message into three minutes.

“I couldn’t be more excited about my first Crossroads radio single, ‘Calling All Prodigals,’” says West. “I pray that everyone who hears this song will be encouraged by the promise of just how deep the Father’s love is for His children. I have experienced His forgiveness, and have written about it for years, and now I am deeply honored to get to sing about it! I have always felt that God has called me to ‘creatively communicate the Gospel,’ and sometimes that means singing and speaking, while other times it means writing or teaching — and I embrace it all, because each is a God-given opportunity to share the living hope that is found in Jesus. And since it all began with singing, the release of ‘Calling all Prodigals’ is just an absolute joy!”

Though she has co-written hit songs such as “Say Amen,” “Revival,” “Small Town Someone,” and “Even Me,” the staff writer at Nashville’s Curb|Word Music Publishing began her career in gospel music as a vocalist. Thus, the release of her new single brings West’s career full circle.

Listen to “Calling All Prodigals” HERE.