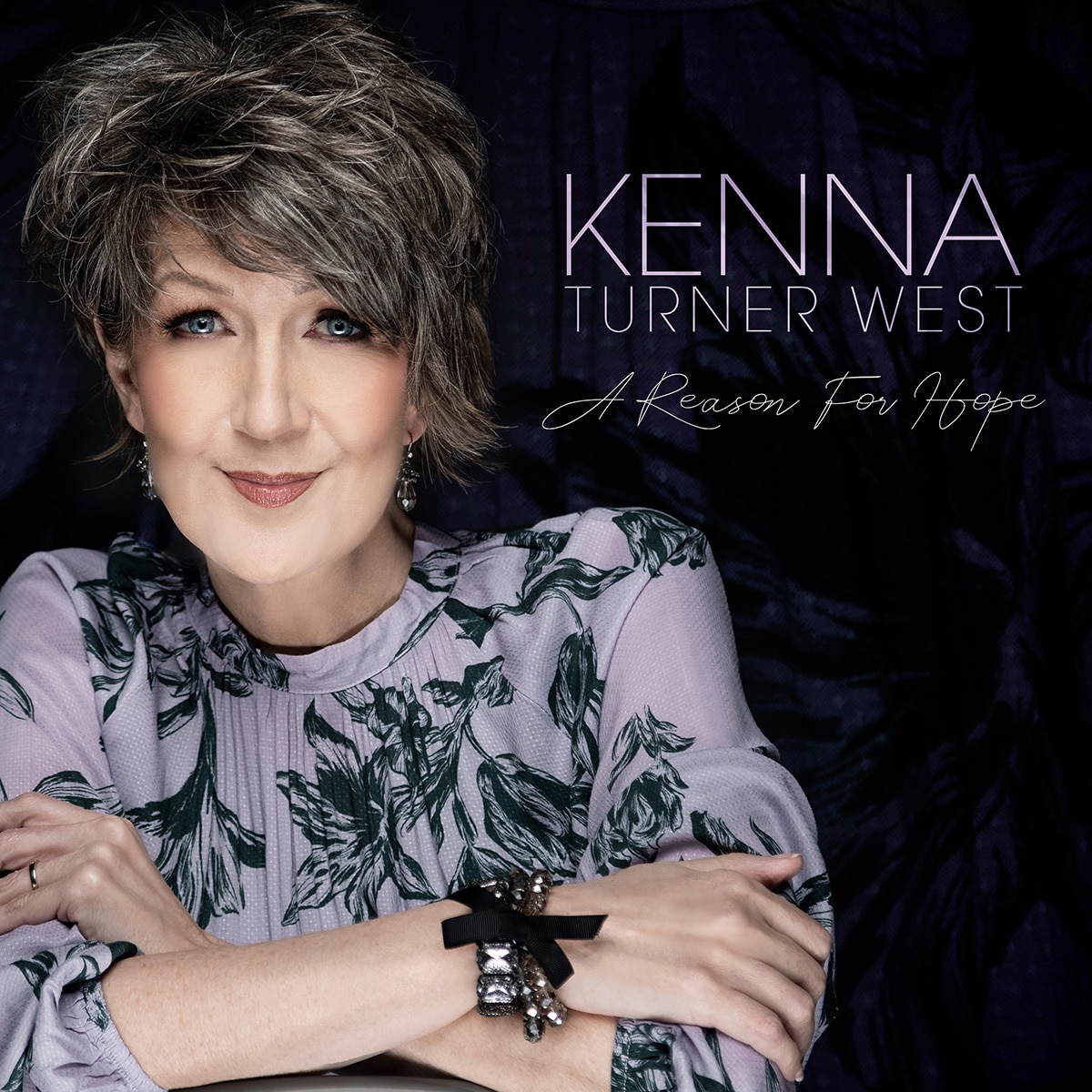 Arden, North Carolina (July 6, 2021) — Following “Calling All Prodigals” and “I’m Not Who I Was,” the critically acclaimed 2021 singles that marked her re-emergence as not just an award-winning songwriter, but a compelling recording artist, too, Kenna Turner West delivers her full-length debut for Sonlite Records with A Reason For Hope, now available for pre-order, add or save ahead of its August 27 release.

From its ringing opening affirmation, “Our God Is Good,” to the contemplative encouragement of the closing “Pray On,” it’s a collection that brings the overarching message of its title to musical life in a generous array of inspired — and inspirational — settings.

Recorded at Crossroads Studios with a top shelf team led by award-winning producer Jeff Collins, A Reason For Hope locates itself on the forward-looking side of today’s Southern Gospel musical spectrum, its tasteful blend of contemporary arrangements and production frequently incorporating elements of Inspirational Christian, as well as touches of Country, Pop and even African-American gospel sounds.  Yet despite their diversity, the collection’s individual tracks — from the restrained power of “There Is No Condemnation” through the Inspirational flavor of the Biblical story, “Doubt The Storm,” to the Country Soul of the title track, a duet with Dove Award-winning Southern Gospel singer Joseph Habedank — are knit together both through the common theme of redemption by faith and West’sexpressive voice and nuanced interpretative gift.

“This whole process has been such a full-circle experience for me,” the singer-songwriter notes.  “For 38 years, my one desire has been to find creative ways to communicate the gospel of Jesus Christ. In the early years, that happened primarily through singing; then, in time, it grew to encompass other avenues like songwriting (‘Say Amen,’ ‘Even Me,’ ‘Small Town Someone’). So to come full circle and return to my roots as a vocalist — well, it is a beautiful, unexpected blessing!”

“Creating this project has truly been a labor of love,” she adds, “from writing songs with some of my best friends to working alongside the entire Crossroads team. Coming at this record as both a songwriter and a vocalist, I love that, while the ten songs on this project feel very personal to me, I believe they will speak to every believer who hears them. There are songs of hope (‘A Reason for Hope’), victory (‘We March On’), faith (‘Doubt the Storm’), perseverance (‘Pray On’), forgiveness (‘There Is No Condemnation’), restoration (‘Calling All Prodigals’) — all of which are themes that touch each of our lives. I pray that these songs will bless each listener as much as they have blessed me.”

Pre-order, add or save A Reason For Hope HERE.