11th Hour releases “I Know It’s Mine,” a powerful declaration of faith 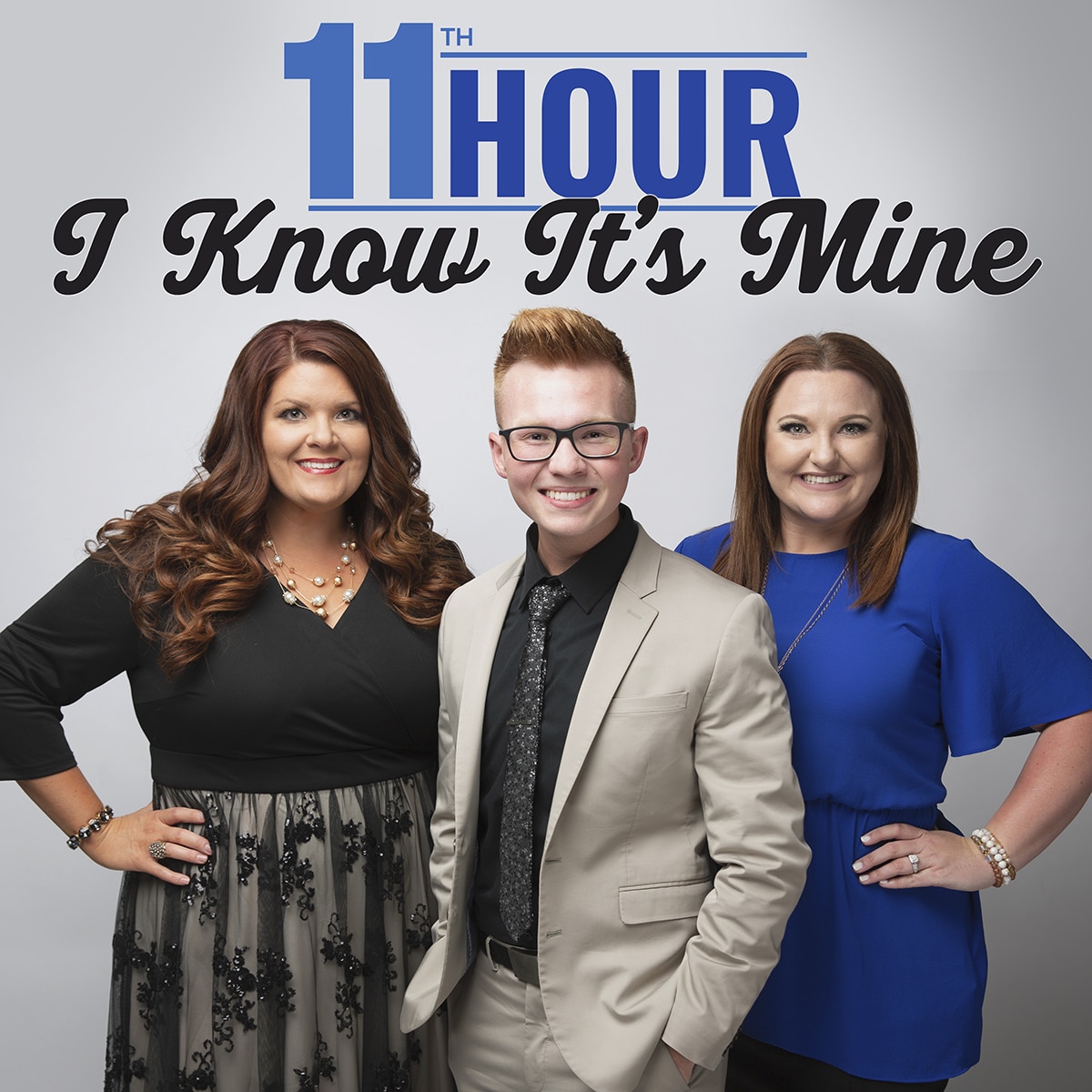 Arden, North Carolina (October 23, 2020) — For their first single following their acclaimed 2019 release A Lot With A Little, Southern Gospel trio 11th Hour’s “I Know It’s Mine” proclaims a message of surviving life’s trials — one that’s especially meaningful during these trying times.

“‘I Know It’s Mine’ is a declaration,” says the trio’s Amber Eppinette, who is the featured lead vocalist. “When Kenna Turner West, Jason Cox, and I wrote this song, we had that sentiment in mind. There are many battles out there, but when we follow Jesus Christ, we always have the victory over anything that comes our way.”

From the opening line that speaks of a time when “there are so many battles around us, pressing on every side,” the song is perfectly attuned to the moment, adds Eppinette. “If there ever was a time that we needed to realize we have victory over everything when we stand with Christ, it is now.”

In keeping with the song’s theme of a faith that overcomes every obstacle, “I Know It’s Mine” builds in strength and power.  Starting from a sparse, almost intimate opening, it rises to a soulful, dramatic crescendo that delivers the lyric’s triumphant statement of certainty in spiritual victory through powerful harmonies from group members Jaquita Lindsey and Logan Smith, as they affirm:

“I’m going to sing, gonna lift up His name,
my weapon of worship is my song of praise.”

With four #1 songs and a growing number of top 10 singles to their credit, 11thHour has moved quickly to make its mark as a leading member of a new generation of Southern Gospel artists whose musical ministry is built on a foundation of personal faith and compelling music.

Listen to “I Know It’s Mine” HERE.

About 11th Hour
Over the last ten years of traveling on the road, 11th Hour has seen God do some incredible things. With musical influences such as Karen Peck and New River, The Martins, Gold City, and The Kingsmen, 11th Hour has stayed fresh and relevant while maintaining a versatile sound, able to lead congregations in moving times of worship. After reaching high acclaim, in 2012, 11th Hour signed a recording contract with Crossroads Music. They’ve had five #1 songs on the Singing News chart and been nominated for numerous awards in Southern Gospel music such as Singing News Trio of the Year and AGM Album of the Year, while Amber Eppinette was nominated for Soprano of the Year. 11th Hour features Eppinette, alto singer Jaquita Lindsey and tenor singer Logan Smith.